Thus far, we've revised Mage of Lorehold and Mage of Prismari, applying some lessons distilled from the original Unearthed Arcana designs. This time, we take on Quandrix! 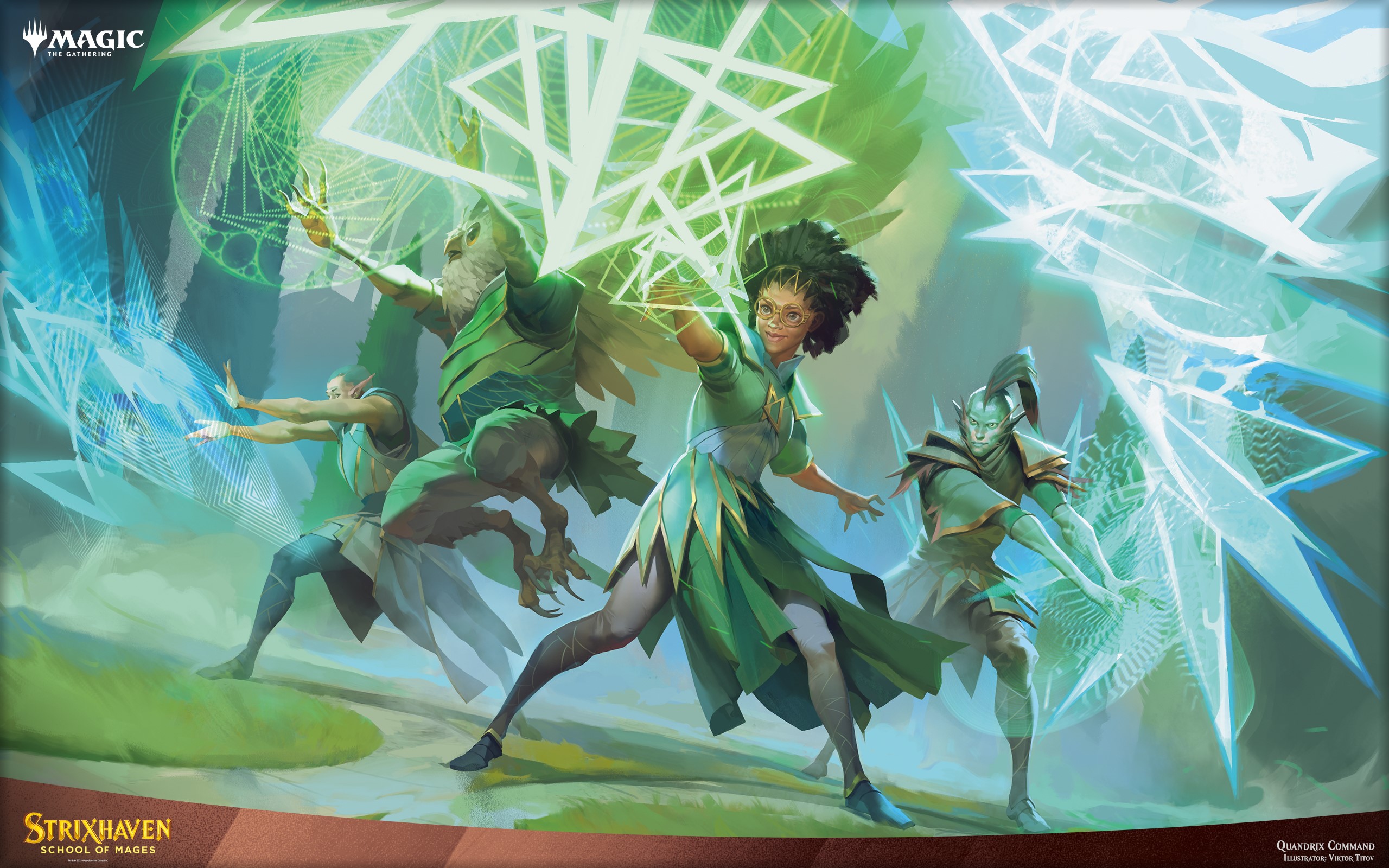 The table below sets out the features that each class in the Mage of Quandrix subclass receives at certain levels.

You learn the cantrip guidance and the 1st-level spell faerie fire. You learn additional spells when you reach certain levels in this class, as shown on the Quandrix Spells table.

Each of these spells counts as a class spell for you, but it doesn’t count against the number of spells you know. If you are a druid, you always have the spells prepared, and they don’t count against the number of spells you can prepare each day. If you are a wizard, you can add these spells to your spellbook upon learning them, without expending any gold, and prepare them as normal. 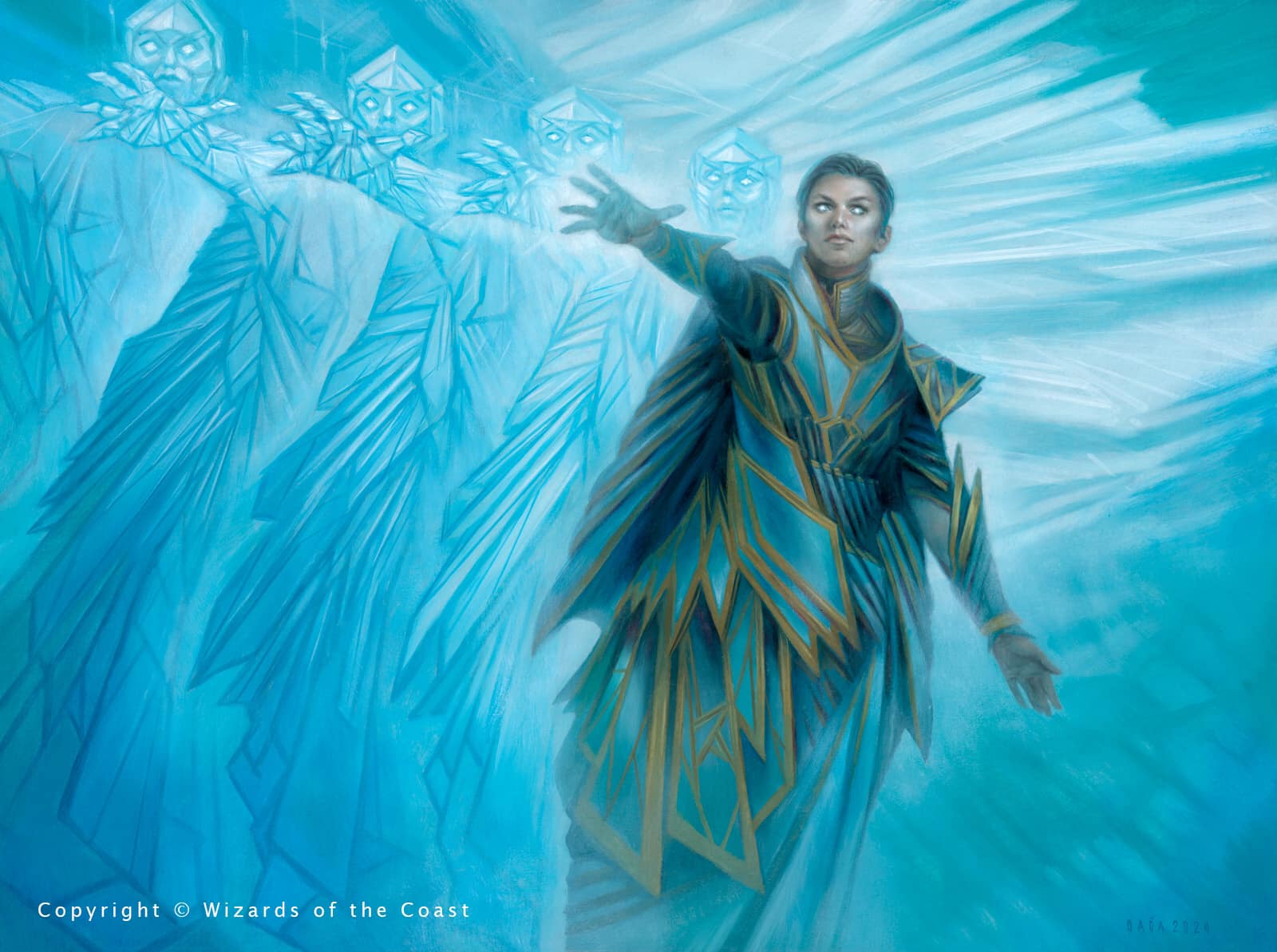 When you cast a transmutation spell that targets only one creature, doesn't have a range of self, and has a duration of 1 minute or longer, you may divide the spell’s duration by any number (up to your proficiency bonus), rounded down to the closest 6-second interval. If you do, you may target a number of creatures with the spell equal to the chosen number. You can use this feature a number of times equal to your proficiency bonus, and you regain all expended uses when you finish a long rest.

Your contemplation of fundamental geometric forms enhances your magic, granting you certain benefits when you cast spells built on these forms.

When you cast a spell with a spell slot that forces more than one creature to make a saving throw at the same time, you may choose any number of those creatures (up to your proficiency bonus). Each chosen creature uses the lowest result for the saving throw amongst each of those creatures. You can use this feature a number of times equal to your proficiency bonus, and you regain all expended uses when you finish a long rest.

Your mastery of mathematical principles and proofs reinforces your spellcraft, making it nigh-impossible to challenge your conclusions.

The original Mage of Quandrix design felt like an unfocused collection of utility features which didn't meaningfully connect to the theme of mathematics, or to the playstyles of the classes in it. Throughout the process of revision, this issue did become more understandable - mathematics, as a theme, is so broad and vague that one could conceivably design in any direction and find a way to rationalize it.

As an aside, why were Sorcerers included but Druids excluded? In the Strixhaven main set and Commander set, all Quandrix spellcasters are either Druids or Wizards - Shamans (the MTG equivalent of Sorcerer) are nowhere to be seen in Quandrix. This was a strange oversight, which has been corrected here.

Given that the math theme was fairly open, the revised Mage of Quandrix is more focused on the playstyles of the two classes in it - Druid and Wizard. While each of these classes have their own unique niches, they do overlap in some areas, and it's in these areas that Quandrix design space is found. Mechanically, one role that Druids and Wizards can excel at is battlefield control and area denial, which features like Geometrical Grandeur and Lowest Common Denominator both enhance and add a unique spin to. Likewise, Divide by X adds a unique bonus to buffing and debuffing, another mechanical niche that Druids and Wizards overlap in.