Previously in this series, we applied our revised vision of the cross-class subclass model to the Mage of Lorehold subclass, arriving at an iteration that achieves a unique and cohesive subclass identity whilst maintaining each class's individual subclass design philosophy.

This time around, we take a look at Prismari! 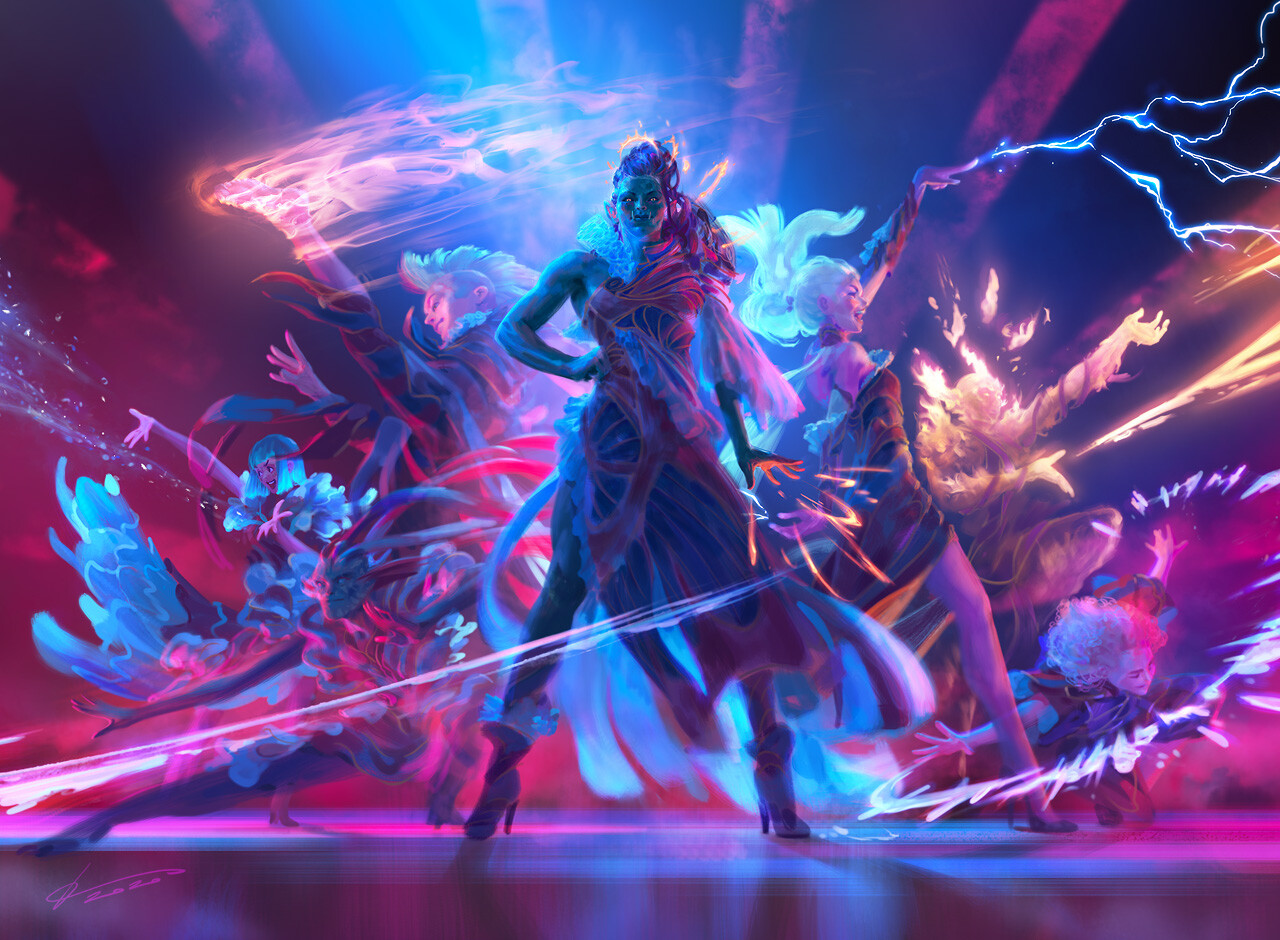 The table below sets out the features that each class in the Mage of Prismari subclass receives at certain levels. Certain features are shared across all classes, whilst specific features are specific to certain classes.

Level 1+ Mage of Prismari Feature (all)

You learn the cantrip create bonfire and the 1st-level spell fog cloud. You learn additional spells when you reach certain levels in this class, as shown on the Prismari Spells table.

Each of these spells counts as a class spell for you, but it doesn’t count against the number of spells you know. If you are a druid, you always have the spells prepared, and they don’t count against the number of spells you can prepare each day. If you are a wizard, you can add these spells to your spellbook upon learning them, without expending any gold, and prepare them as normal.

You gain proficiency in two of the following skills of your choice: Acrobatics, Athletics, Nature, or Performance.

You can Dash as a bonus action. When you take this bonus action, choose one of the following additional effects:

You can use this bonus action once, and you regain the ability to do so when you finish a long rest, or when you meet certain conditions, depending on your class.

Bard. When you give a creature a Bardic Inspiration die, you regain the ability to use your Kinetic Artistry feature. Additionally, that creature can expend the die as a bonus action to use your Kinetic Artistry feature. When it does so, it rolls the die and gains the result as a bonus to its AC until the end of its turn. If any creatures are forced to make saving throws in this way, use your spell save DC.

Druid. As an action, you can expend one use of your Wild Shape feature to become attuned to one of the elemental mediums that you use in your art. Choose one of the following damage types: cold, fire, lightning or thunder. You gain the following benefits:

The attunement lasts for 10 minutes. It ends early if you dismiss it (no action required), are incapacitated, die, or use this feature again.

Sorcerer, Wizard. When you cast a spell of 1st level or higher, you regain the ability to use your Kinetic Artistry feature. 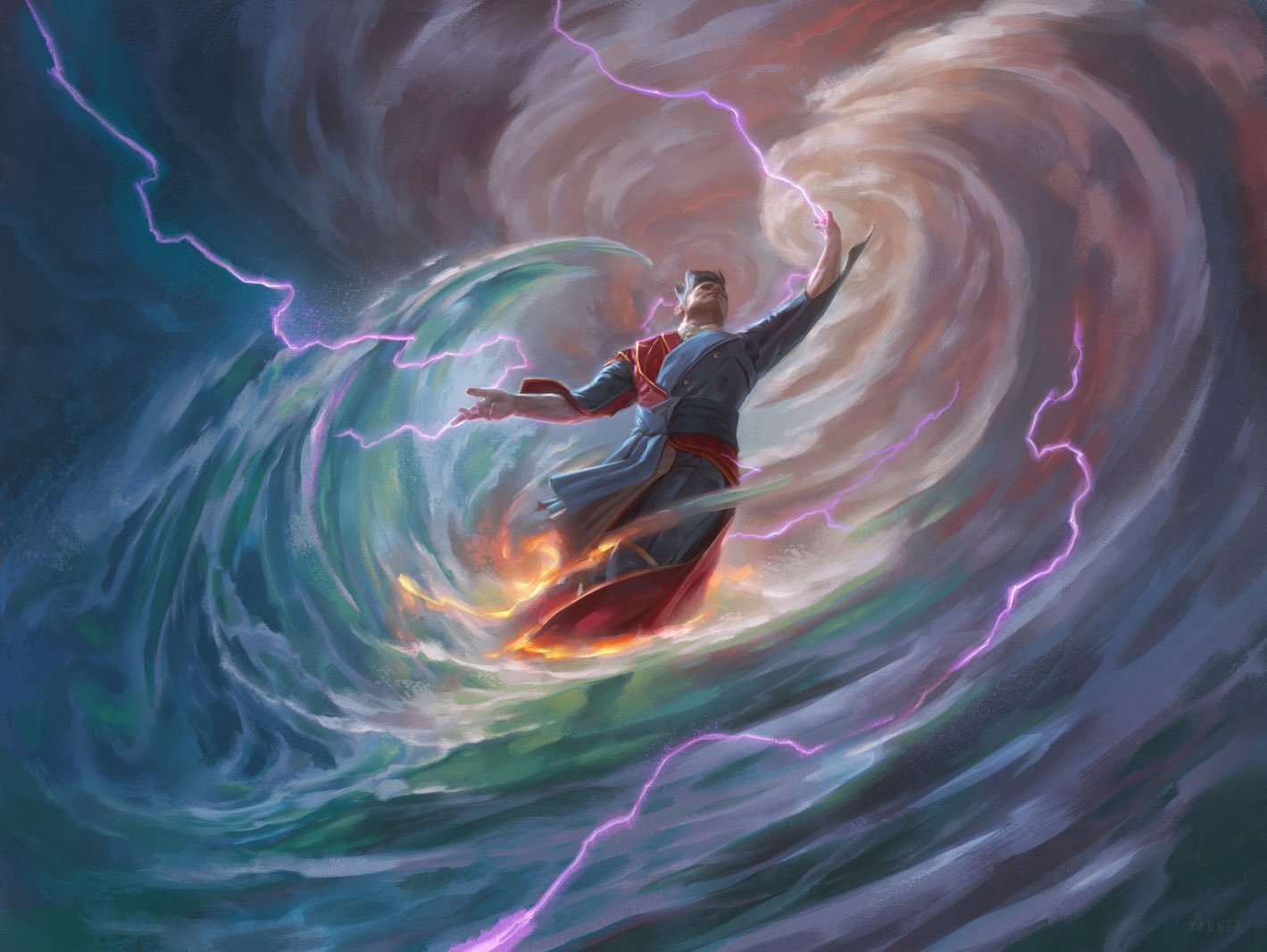 While you are concentrating on a conjuration or evocation spell of 1st level or higher, you have a flying speed equal to your walking speed, and can hover. If you are flying, you must end your turn within 10 feet of the effect your spell creates, or you fall to the ground.

When you cast a conjuration or evocation spell of 1st level or higher with a duration of instantaneous that deals cold, fire, lightning or thunder damage, choose any number of friendly creatures within 60 feet of you that can see you, up to the level of the spell slot you used. Until the start of your next turn, the first time each of those creatures deals damage, they deal additional cold, fire, lightning or thunder damage (depending on the spell’s damage type) equal to your proficiency bonus. Level 10+ Mage of Prismari Feature (Druid and Wizard only)

Your relentless dedication and training have instilled an outstanding sense of precision and grace in your art. You gain proficiency in Dexterity saving throws if you do not already have it. Additionally, when you make a Dexterity saving throw, you can treat a d20 roll of a 9 or lower as a 10.

When you cast a spell, you can choose not to be affected by it. Additionally, while you are concentrating on a conjuration or evocation spell of 1st level or higher, you can spend a sorcery point as an action to reinterpret your artwork, altering the spell in one or more of the following ways:

The original Mage of Prismari design was too focused on the elemental side of Prismari, without giving due attention to the theme of art and expression. Further, as noted previously, Bards were not included in the college that was all about using magic to express one's emotions and artistry, which was a clear flavor fail. The revised version addresses these issues, while retaining the aspects of the original design which worked well.

Kinetic Artistry was an interesting concept that granted a unique mobility boost and a bonus action filler to full casters at an early level. The revised version adds thunder to the elements that can be chosen from, and tweaks the fire option to bring across the theme of art more clearly - now you can draw trails of sparks on the battlefield with your movement!

Spectacle Mage replaces the previous 6+ feature, Favored Medium, which didn't really capture the flair of Prismari. Here, the schools of conjuration and evocation reflect the types of spells that Prismari mages will be concentrating on the most often, thus requiring players to adapt their playstyles accordingly. The payoff for doing so is well worth it - a fly speed whilst you're concentrating on an ongoing effect is something many casters would love to have. The condition (concentrating on conjuration or evocation spells) and the reward (flying) both reinforce the Prismari flavor of soaring above the magical tempest you've crafted.

Impeccable Physicality was a satisfactory capstone that granted something unique to casters, much like Kinetic Artistry, so it was retained.

Vortex Virtuoso, as the level 18 capstone feature for Sorcerers, had to achieve two goals. Firstly, it had to build on the design elements that the previous Prismari features had established. Secondly, it had to be in line with other Sorcerer subclass capstones, which typically involve a flashy effect that can be repeated by spending sorcery points. Vortex Virtuoso builds on the theme of concentrating on conjuration/evocation spells that was introduced in Spectacle Mage, and echoes Expressive Iteration (without copying it) in how it allows the mage to creatively adapt their spells. This is achieved through the expenditure of sorcery points, in line with Sorcerer subclass design.

Could this be done with conventional subclass design? Possibly. In fact, the Mage of Prismari subclass could even be construed as four seperate subclasses which just happen to have certain features in common, if that's easier to parse. Being able to share certain features both economizes on effort and creates a stronger thematic link between the classes that share the same subclass, making cross-class subclass design well worth developing and exploring further.