In my previous article, I examined the lack of ship combat rules in the existing official Spelljammer material and considered how best to fill this gap. For clarity, I will distill the rules of my version of ship combat here.

Ship combat begins when one or more ships in wildspace become aware of one another, typically when they shift from cruising speed to flying speed as a result of drawing close enough to one another’s gravity fields. Combat typically starts with the combatants at Extreme range from one another, barring other circumstances such as one ship using invisibility to sneak up on another.

Ship A and Ship B are engaged in ship combat. Ship A wins the initiative check, and has initiative. The flow of combat is as follows:

With the role of actively piloting the ship offloaded to the Captain, the Spelljammer here mainly acts as an engine, propelling the ship with their magical power. This is a passive process, and no action or check is required on the Spelljammer’s part to propel the ship. So what is the Spelljammer doing in ship combat, or just in general? As previously noted, the Spelljammer, as a spellcaster, primarily contributes to the crew by casting spells. However, here we come to another hole in the rules.

In the new model of ship combat that I have formulated, there are currently no rules on how spells should be adjudicated and resolved. Furthermore, existing spells are written largely for regular D&D combat, and their effect in ship combat and in wildspace in general is unclear. As such, my focus here will be on developing new uses for existing spells when used in wildspace.

Why develop new uses for existing spells instead of simply creating new ones? Firstly, I like variations on existing themes, bringing familiar concepts into new contexts and making them work. Existing spells already have their own narrative, which are grounded in a traditional high fantasy context. Moving these spells to a wildspace context transplants that narrative into a different genre, science fiction/space opera, allowing us to get a fresh look at the same spells we’ve been playing with for so long.

Secondly, I recognise that spellcasters need to make decisions on what spells they learn throughout their adventuring careers, and a proliferation of wildspace-specific spells would cut into their standard adventuring repertoire. This is less of an issue for prepared casters like wizards or clerics, but casters with limited spells known such as bards or sorcerers will feel the pinch more. By developing new uses for existing spells, spellcasters can prepare or learn spells that have utility in both wildspace and regular adventuring.

How, then, can this be achieved? Why should a fireball that’s cast in wildspace be any different from a fireball cast planetside? It is difficult to compare ship combat to the situations we may be used to - the image of giant laser beams arcing across the vastness of wildspace is certainly resonant of the space opera genre, but it does not mesh well with the scale of a regular combat encounter. My solution to this divide is to use the ship as the point of difference - a spell that’s cast using a spelljamming helm as an arcane focus will have a different effect than when it’s cast normally. 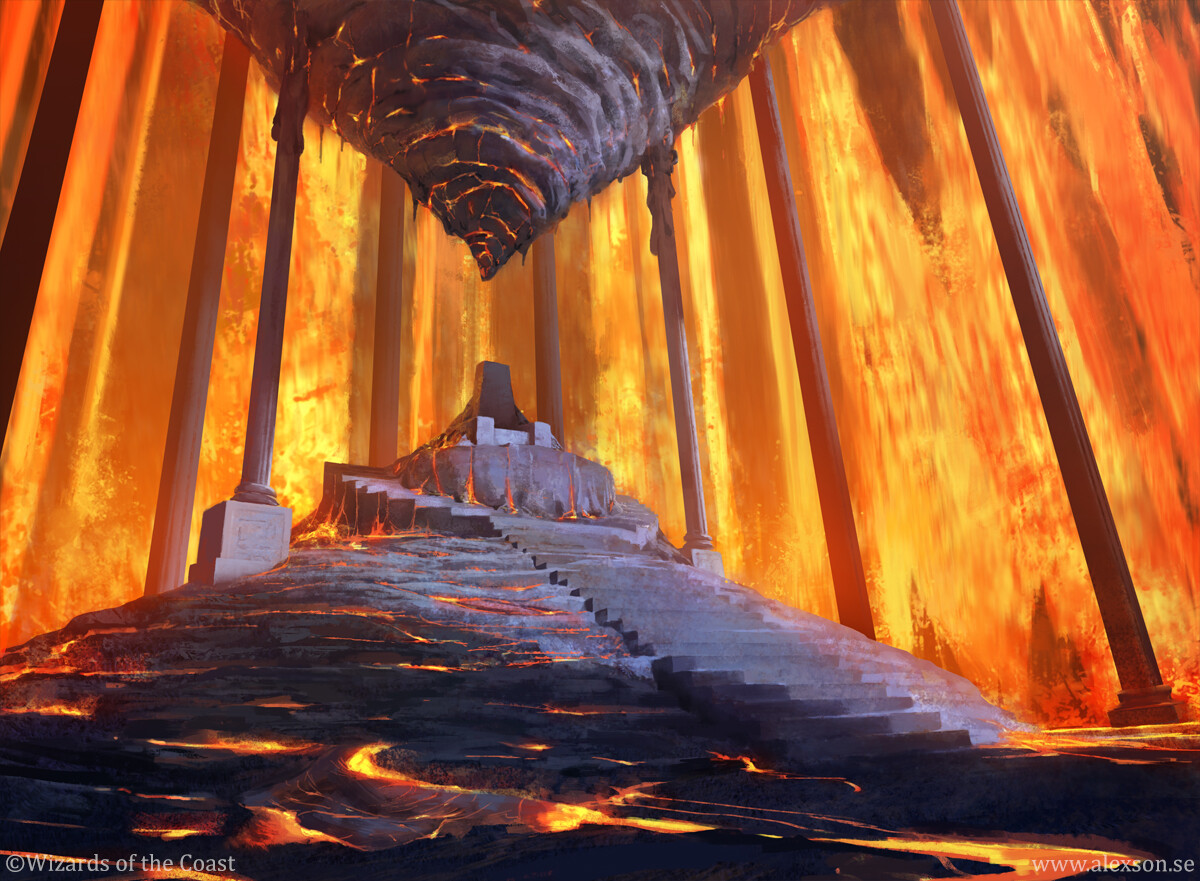 This resolves the difference by taking into account a key dividing factor between the two scenarios. When the characters are in wildspace, they will generally be on their ship, which has a spelljamming helm. When they are off their ship and doing regular adventuring activities, they do not have access to the helm. This also has narrative resonance - a spelljamming helm is a powerful magical artifact that is designed for wildspace navigation, so it makes sense that it would amplify and adapt your spellcasting for use in wildspace. In spells, this will be denoted under the Components field as H for Helm. Using the spelljamming helm as the focus also means that only the Spelljammer can cast such Helm spells, which addresses the issue of spellcaster-heavy crews having an advantage over other crews.

However, there are also existing spells that could have applications in wildspace without the caster needing to be attuned to a spelljamming helm - for example, casting stinking cloud to foul the air envelope of an enemy ship. In such cases, the difference is whether the caster is in wildspace or not when they cast the spell. In spells, this will be denoted under the Components field as WS for Wildspace. Existing spells that can be recontextualised to have new applications in wildspace will receive new rules to reflect these applications and new names which are more resonant for the space opera genre, but will have their existing names appended in brackets to indicate what the base spell is.

With that said, let us consider what a Helm spell might look like, using the base spell shield.

Casting Time: 1 reaction, which you take when your ship is attacked

An invisible barrier of magical force materialises around your ship, protecting it from attacks. Until the start of your next turn, your ship has a +5 bonus to AC, including against the triggering attack.

There are a few points to note here. Firstly, the naming convention - this spell is called Shields Up, but it is not an entirely new spell. Rather, it is the shield spell, cast through a spelljamming helm, and producing a different effect. Secondly, Shields Up is a 2nd-level spell, even though shield is a 1st-level spell. It is not intended to be a different spell, but the same shield spell up-cast with a 2nd-level slot, for balance purposes. Thirdly, these different effects make explicit reference to a ship. Many spells developed for wildspace will refer to ships, given that they are prominent features of wildspace encounters. When a Helm spell refers to a ship, it generally means the ship that the spelljamming helm used to cast the spell is attached to.

What about a Wildspace spell?

Target: The air envelope of a ship within range

Duration: Concentration, up to 1 minute

You pollute the air bubble of the target ship with thick, stinking gas. The ship’s air envelope lowers one step in quality - from fresh to foul, or from foul to deadly. Additionally, the gas spreads throughout all levels of the ship, causing open areas throughout the ship to become lightly obscured. The gas can be dispersed with a spell that creates wind or air cast with a spell slot of the same level or higher as the spell slot used to cast this spell.

As with Shields Up, Befoul Air is not a new spell, but an existing spell - stinking cloud - cast in wildspace (denoted by WS in the Components field), and producing a different effect. It is important to recognise and refer to game features specific to the Spelljammer setting when adapting spells - ships, air envelopes, air quality, etc - to make it clear exactly what effect these spells have in wildspace. Intuitively, a normal casting of stinking cloud could produce a similar effect, but a DM would have to make an ad-hoc ruling on what would happen. For that matter, it is not clear how spell targeting works in wildspace, especially where points are involved. Stinking cloud is normally targeted on a point, but if you choose a point on a ship’s deck, what happens when that ship moves through space? Does the point move with it, or does it remain in the same place? What if you chose a point 5 feet above a ship’s deck?

Having set down a foundation for Helm and Wildspace spells, let’s jam some spells! 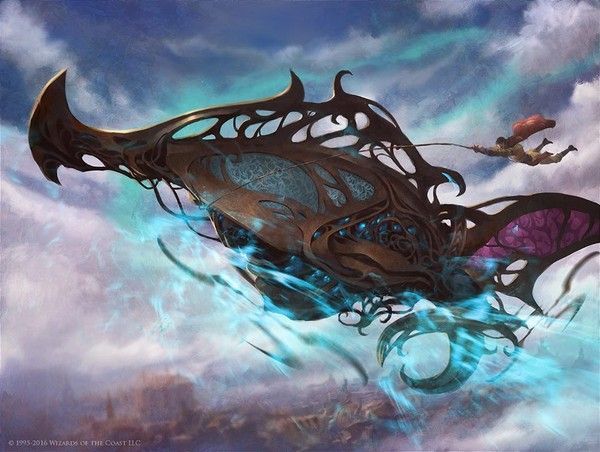 Duration: Concentration, up to 1 hour

Your ship, along with all creatures and objects aboard it, become invisible to creatures not on your ship for the duration. The spell ends if: 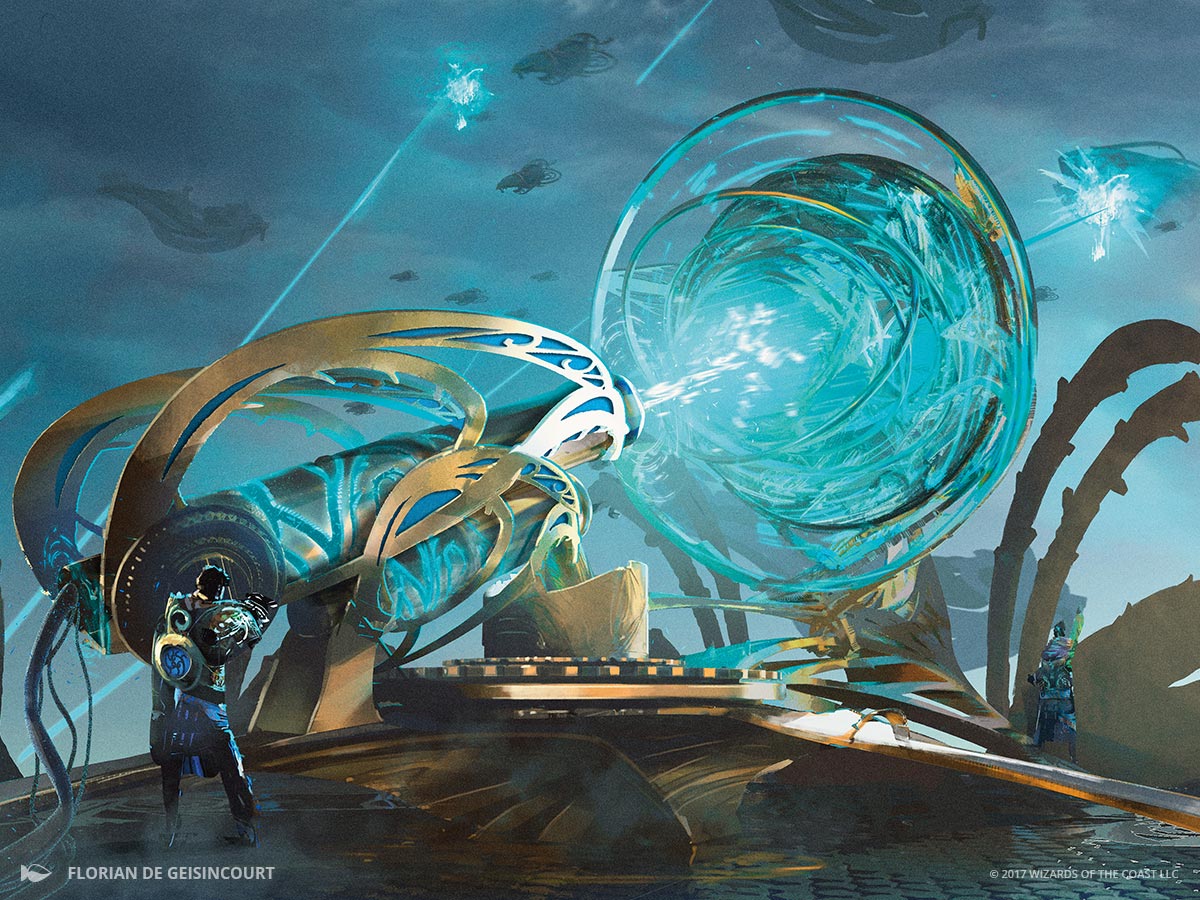 Range: Up to Long

Target: A ship or creature within range

A bright orb coalesces at the prow of your ship as your magic ignites the very essence of wildspace, sending a fiery beam of destruction at your foes. Make a ranged spell attack against the target. On a hit, it takes 12d10 fire damage. On a miss, it takes half as much damage as the scorching heat of the beam blazes past it.

At Higher Levels: When you cast this spell using a spell slot of 6th level or higher, the damage increases by 2d10 for each slot level above 5th.

Casting Time: 1 reaction, which you take when your ship is attacked or rammed

As an attack bears down on your ship, you momentarily phase it into the Ethereal Plane. Your ship, and all creatures and objects on it, phase onto the Ethereal Plane for just long enough to avoid the triggering attack, then reappear on the Material Plane. If you cast this spell in response to being rammed, the ramming ship overshoots and moves one range category away from your ship.

An entire crew’s worth of unseen servants spring into existence around your ship. These unseen servants act as crew members, performing any tasks that crew would normally perform. Unseen servants created by this spell cannot take on specific crew roles. 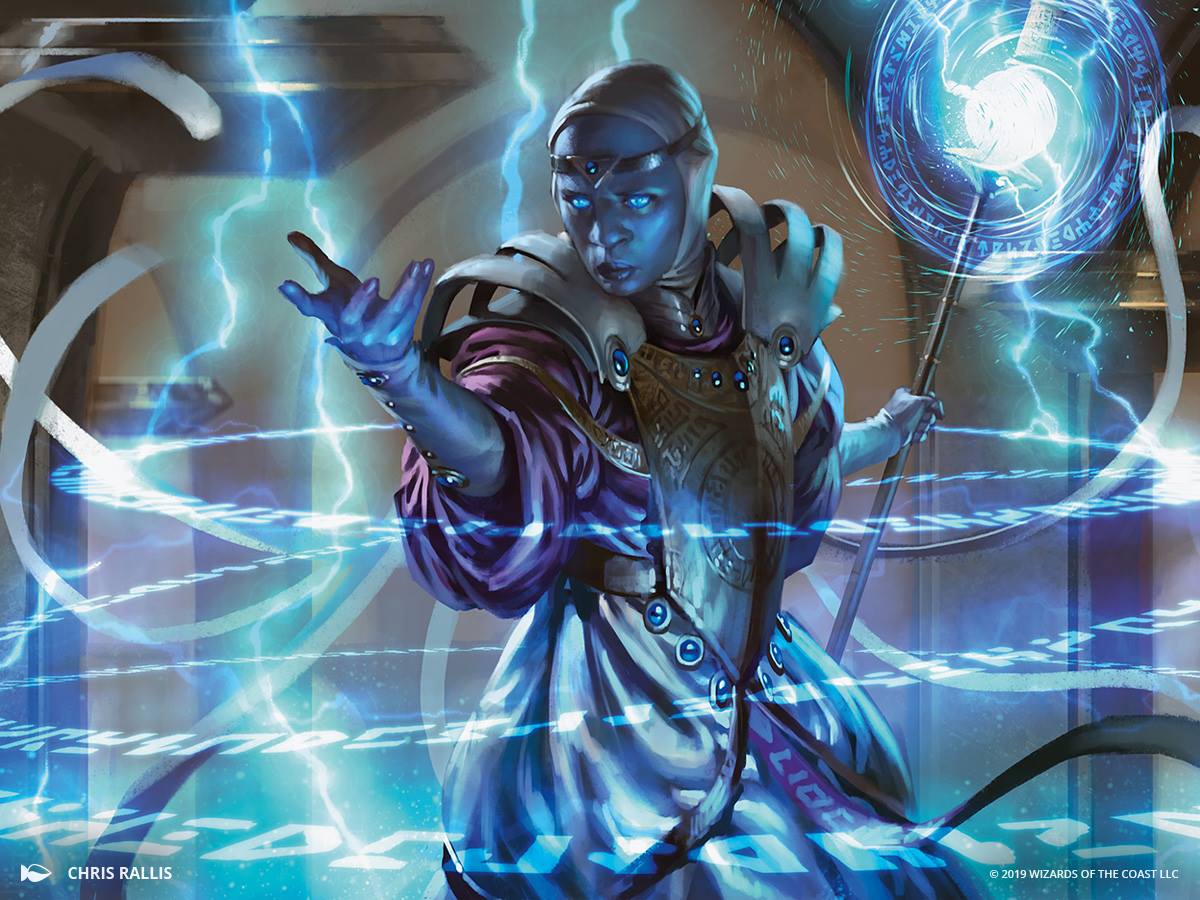 Components: H, V, S, M (A pinch of talc and a small sprinkling of powdered silver)

For the duration, ships and creatures that are invisible or on the Ethereal Plane, and are within range, are visible as glowing outlines to you and creatures on your ship. 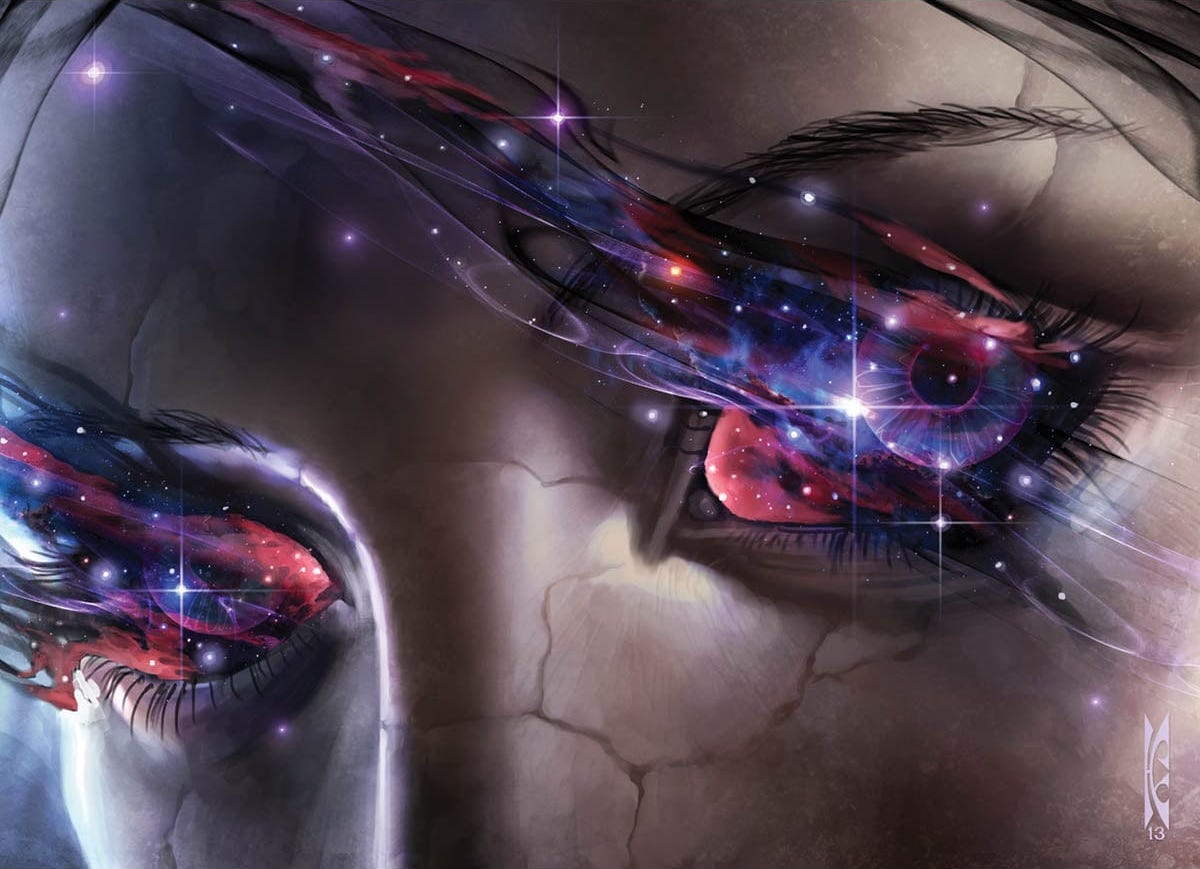 Range: The wildspace system you are in

For a moment, your consciousness expands across the cosmos, giving you a glimpse of the vast expanse of wildspace. You instantly gain the following knowledge:

Breath of the Wildspace (Gust of Wind)

Target: A spelljamming ship, or up to six creatures

You pull breathable air from the aether, refreshing the air envelope of your ship, or up to six creatures within range. In addition, the air quality of each air envelope affected by this spell improves by one step.

You shout a desperate message into the void, heedless of whoever may hear. You send a short message of twenty-five words or less throughout the wildspace system you are currently in. Any creature in wildspace with an Intelligence score of 3 or greater receives your message and becomes aware of your current location in the system.

Next time round, we'll look at the Gunner role, a central figure in the flow of ship combat.