When I was setting out rough design notes for each of the guilds, Simic very nearly designed itself. Using a shared list of features, or adaptations, that both the caster and martial subclass would access and use in different ways was thematically and mechanically resonant in a way that was almost prescient - at the time, I hadn't settled on using shared guild mechanics across the caster and martial subclasses, but the idea made too much sense to abandon. 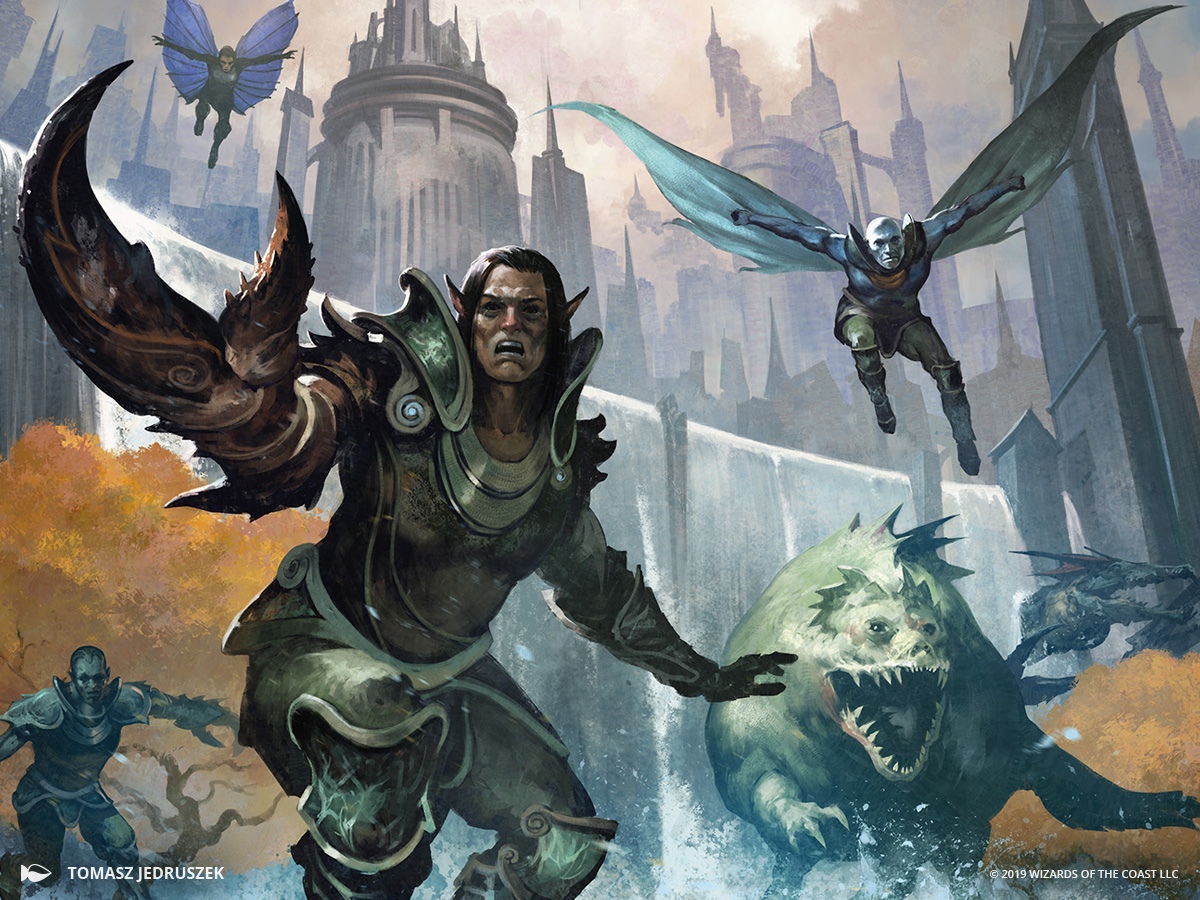 The Simic Combine expands and improves on nature, drawing inspiration from existing creatures and refining their natural traits into powerful adaptations that enable its members to handle any situation. 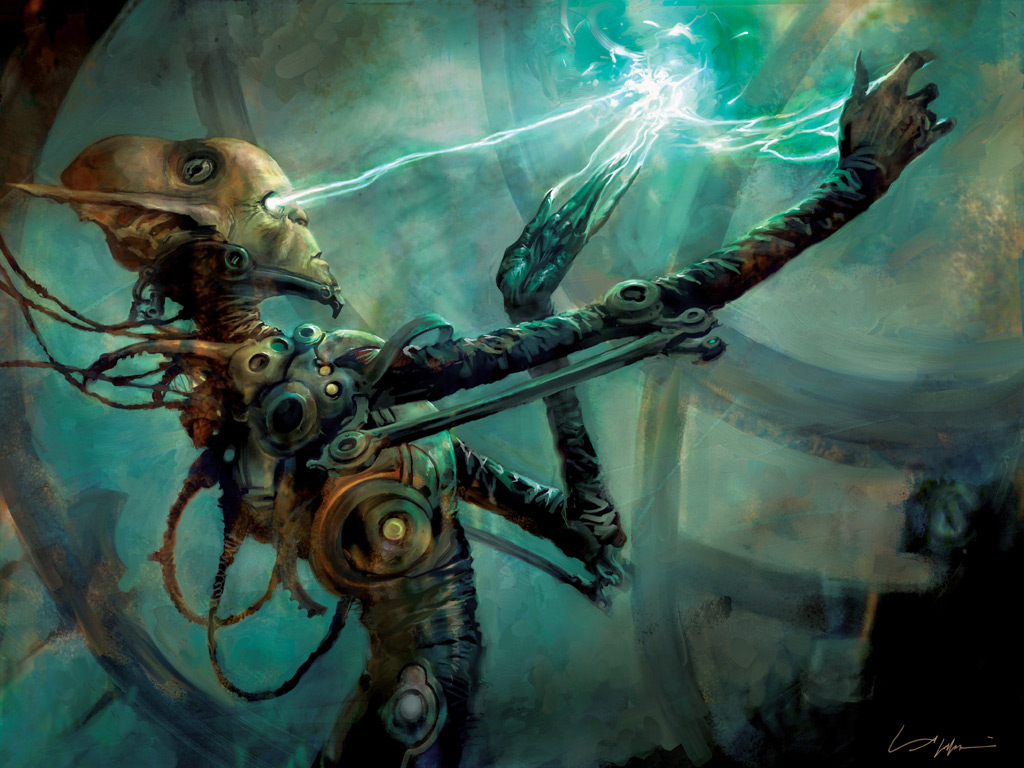 The Simic Combine views magic as the engine by which evolution may be driven forward, allowing its members - and ideally all of Ravnica - to transcend the limitations of their current forms.

Simic Druids cultivate vast gardens of specimens, sampling and vivisecting them to better understand the workings of nature. Simic Artificers and Wizards wield transmutation magic with the precision of a surgeon and the pragmatism of an engineer, endlessly tinkering with and optimizing their organic creations. 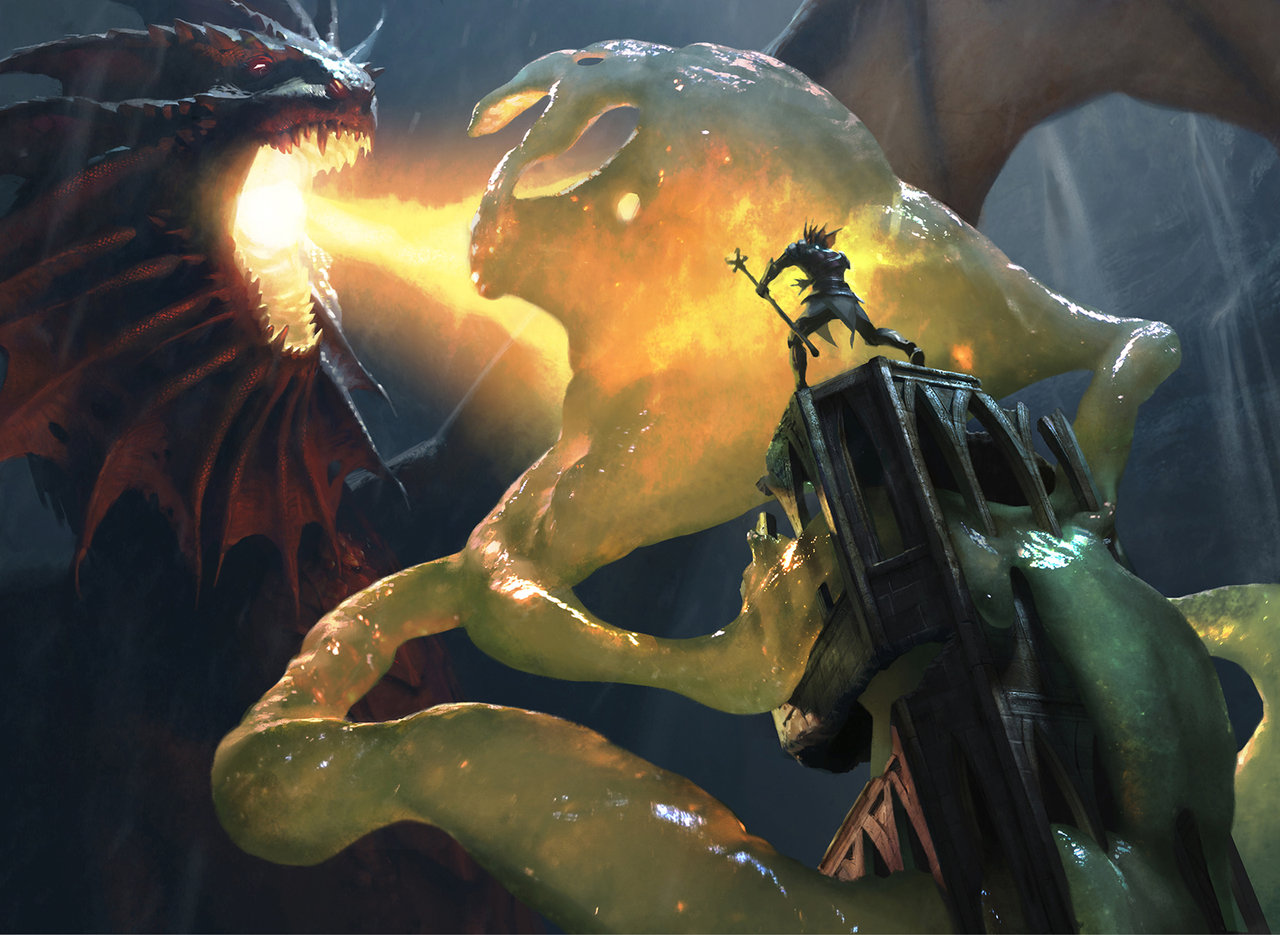 You learn the acid splash and prestidigitation cantrips. You learn additional spells when you reach certain levels in this class, as shown on the Simic Biomancer Spells table. 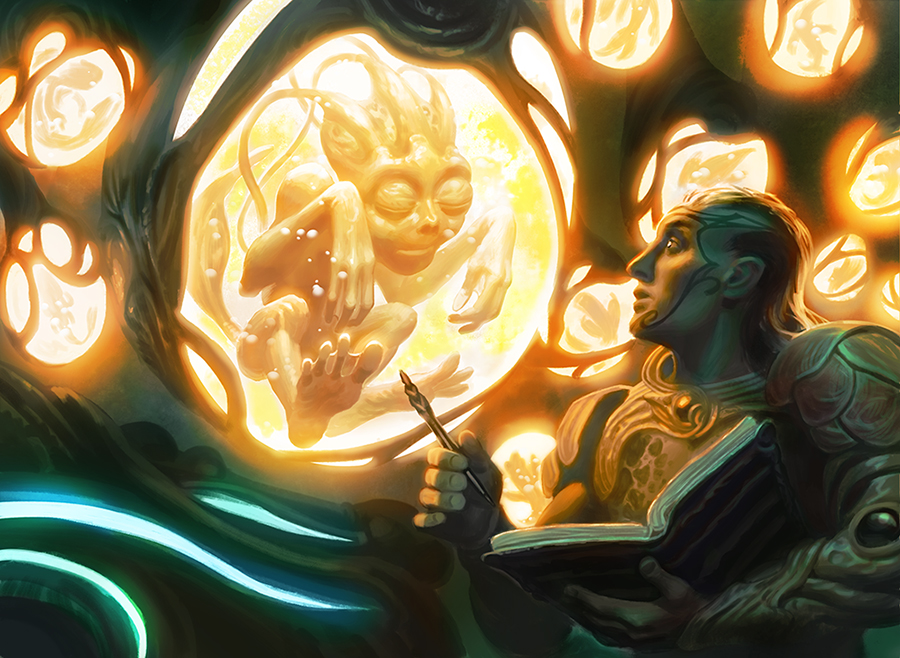 Through extensive experimentation, you have created your own labgrown krasis, which serves you loyally as a test subject.

When you finish a long rest, you can restore any hit points your krasis has missing, or grow a new one if your existing krasis has died. As part of this process, you can change any number of adaptations that your krasis has.

The krasis is friendly to you and your companions and obeys your commands. In combat, the krasis shares your initiative count, but it takes its turn immediately after yours. It can move and use its reaction on its own, but the only action it takes on its turn is the Dodge action, unless you take a bonus action on your turn to command it to take another action. That action can be one in its stat block or some other action.

As an action, you can change one adaptation on your krasis or a friendly creature to another adaptation of the same level.

Additionally, you gain new ways to use adaptations, depending on your class. 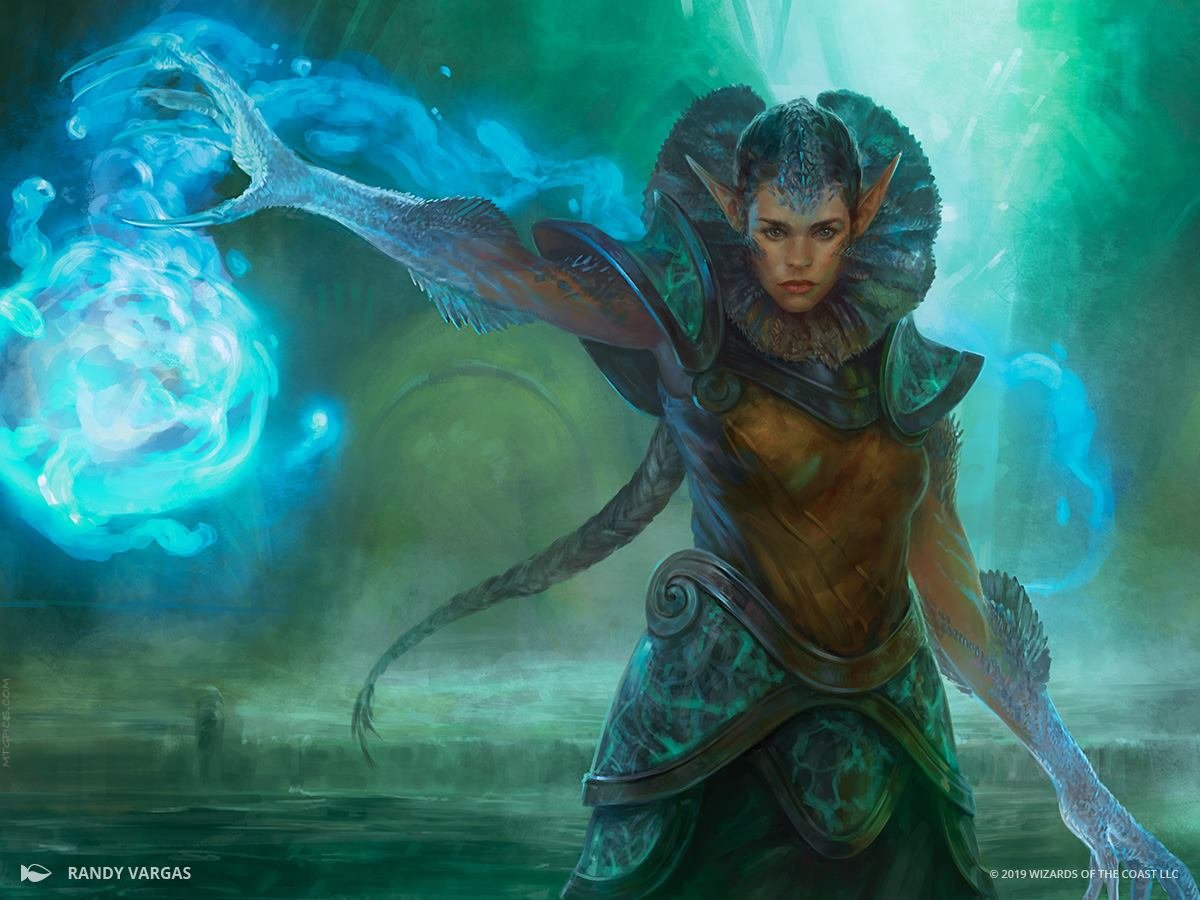 You can use this feature a number of times equal to your proficiency bonus, and regain all expended uses when you finish a long rest. 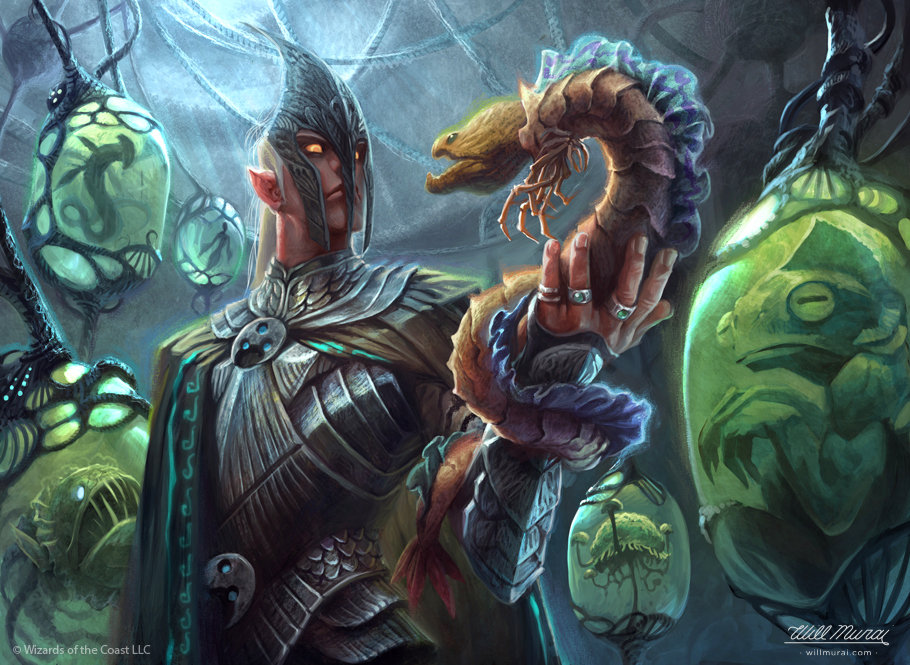 Additionally, any creature affected by your Cytoshape feature regains hit points equal to your spellcasting modifier at the start of each of its turns. 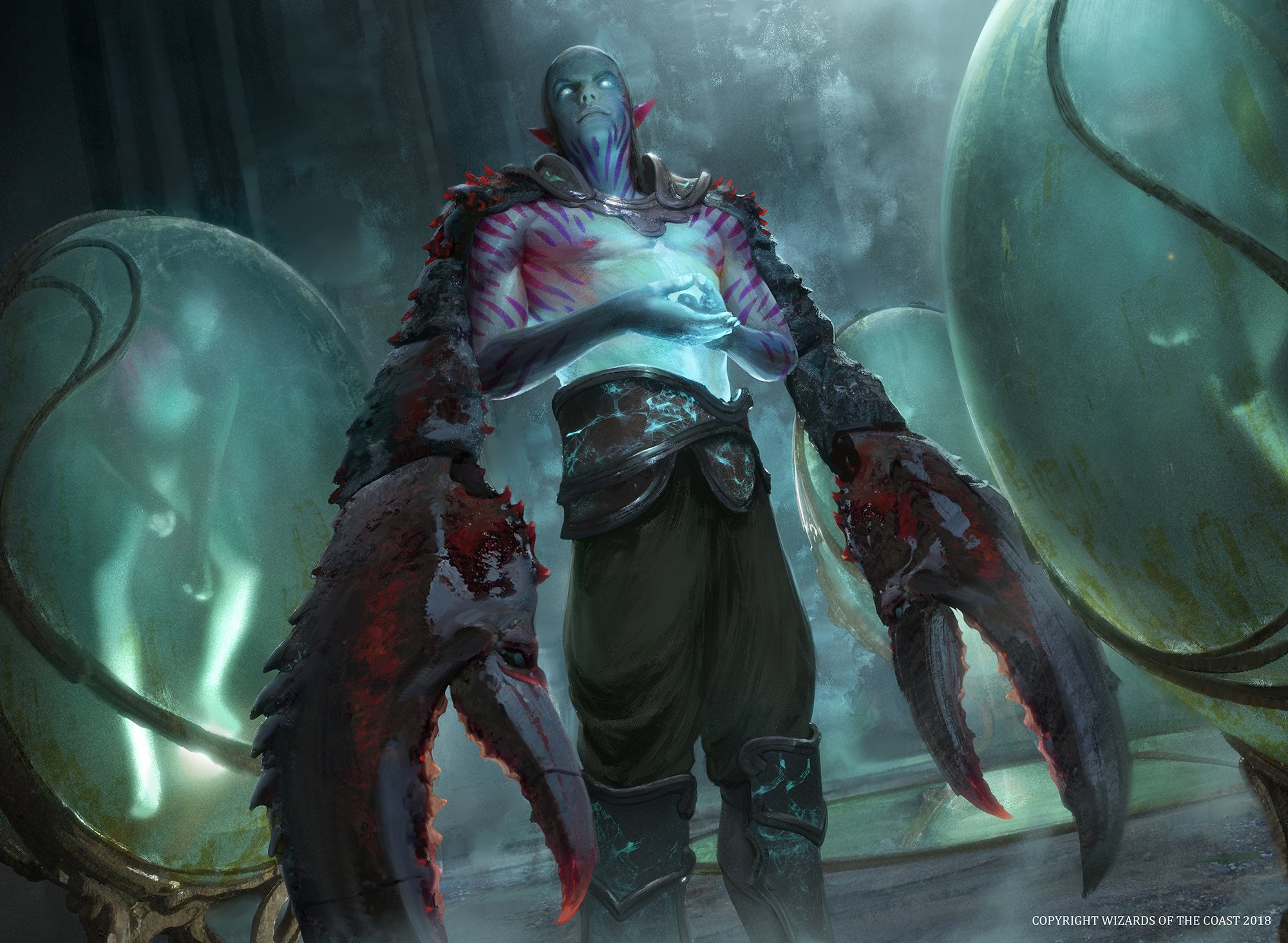 Many who join the Simic Combine's ranks are not magically inclined, but believe in the guild's mission, or simply see it as a gateway to a better life. Some of these individuals join the elite ranks of the Guardian Project, wielding deadly adaptations in the Combine's service.

Simic Rangers take on improved beast forms, turning already deadly predators into unstoppable hunters. Simic Fighters and Monks augment their martial prowess with their enhanced physiology, exemplifying the principle of the survival of the fittest by rapidly mutating the adaptations they need to react to any contingency.

You learn an additional spell when you reach certain levels in this class, as shown in the Simic Guardian Spells table. Each spell counts as a ranger spell for you, but it doesn’t count against the number of ranger spells you know. 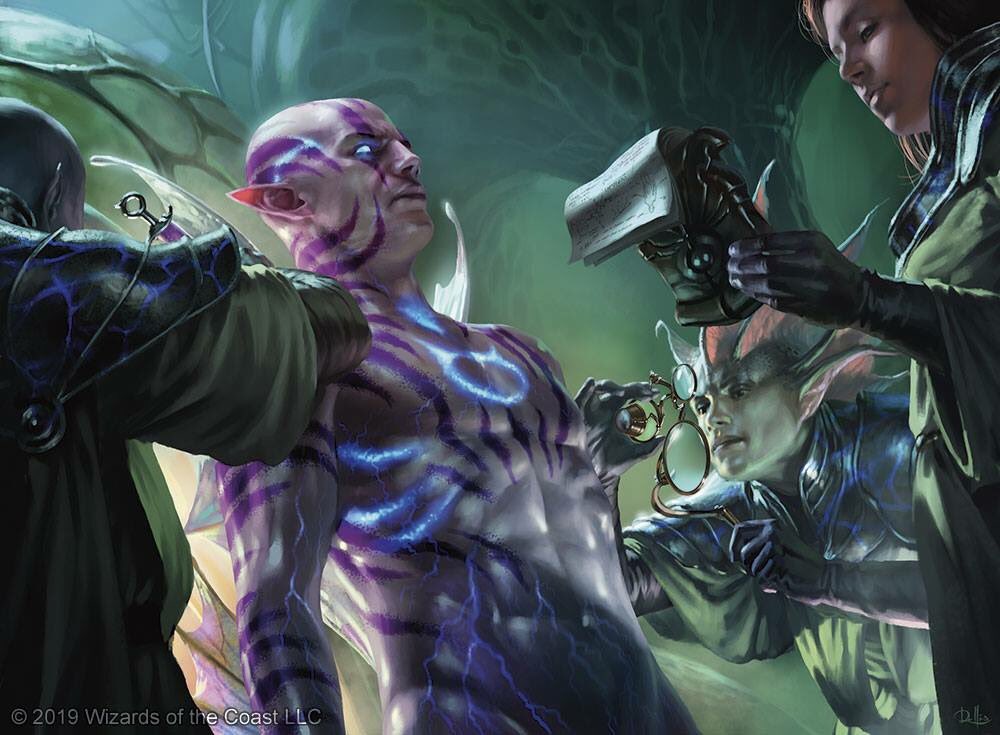 Your body has been augmented by Simic magic, granting you special adaptations, the better to serve the Combine with.

If you are a Monk, natural weapons count as unarmed strikes for you.

When you finish a long rest, you can change any number of adaptations that you have.

As an action, you can transform into a beast with a challenge rating equal to or less than half your proficiency bonus, rounded down, for 1 minute. When you transform, you can change any number of adaptations that you have.

While you are transformed, the following rules apply:

You can use this feature once, and you regain the ability to do so when you finish a long rest, or when you meet certain conditions, depending on your class. 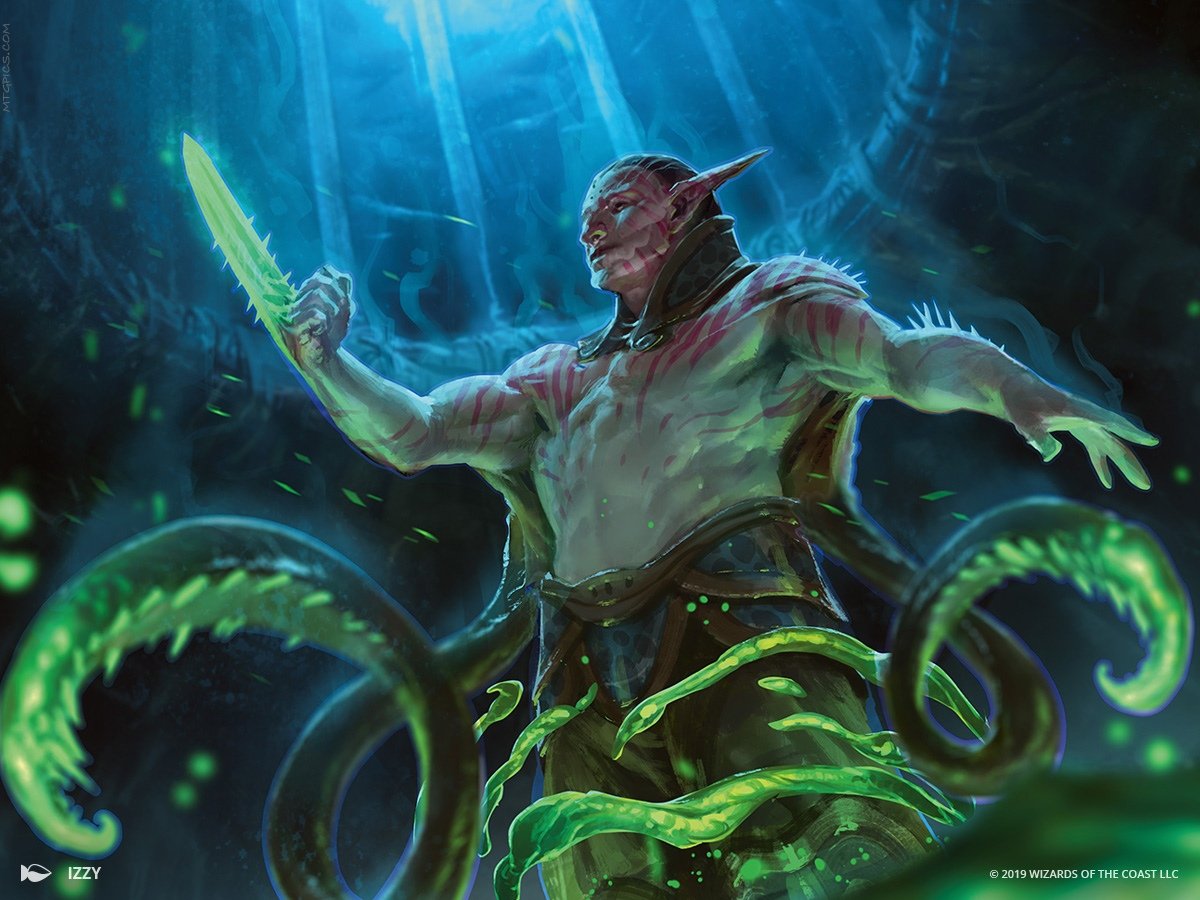 As a bonus action, you can change one adaptation that you currently have to a different adaptation of the same level. When you do so, the sight of your body rapidly rearranging itself deeply disturbs anyone around you. Each hostile creature that can see you must make a Wisdom saving throw (DC = 8 + your proficiency bonus +  your Constitution modifier) or become frightened of you until the end of its next round.

Additionally, the total level of the adaptations that you can have increases by three.

You can rapidly grow plates of protective carapace to shelter yourself from harm. As a reaction when you are attacked or are forced to make a Dexterity save, you can grant yourself half cover against the triggering attack or effect. The carapace lasts until the start of your next turn. You can use this feature a number of times equal to your proficiency bonus, and you regain all expended uses when you finish a long rest.

You can extrude biomass from your body in the form of massive tentacle-like appendages to strike and grab your enemies. You can cast the spell black tentacles without expending a spell slot. The spell save DC is equal to 8 + your proficiency bonus + your Constitution bonus.

While you are concentrating on the spell, you gain the following benefits:

You can use this feature once, and you regain the ability to do so when you finish a long rest, or when you meet certain conditions, depending on your class.