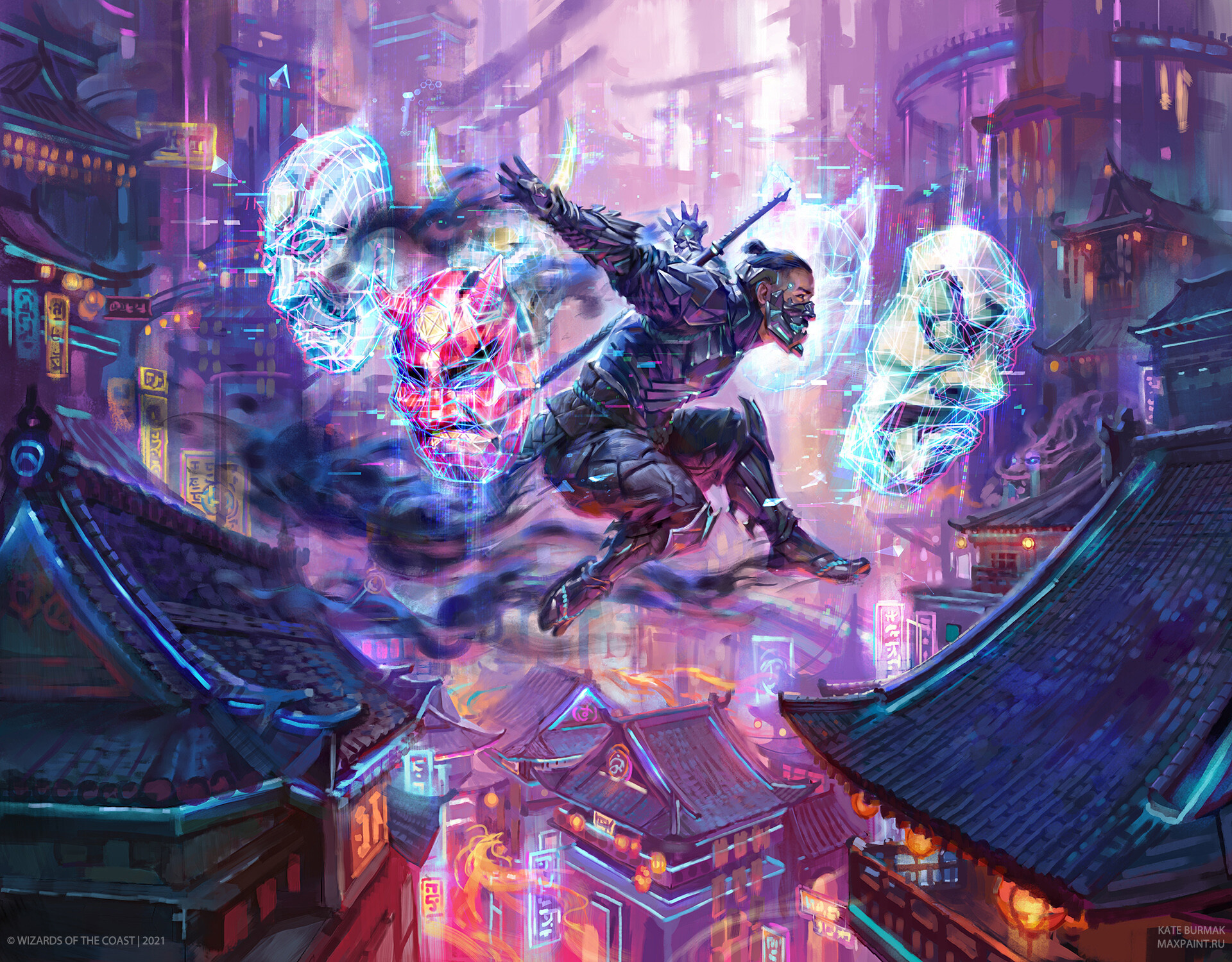 As with the Samurai subclass that was presented in Xanathar's Guide to Everything, the Ninja superclass presented here leans into the portrayal of ninjas in popular culture over historical accuracy. That said, there is actually some authenticity to this approach - within Japanese culture, ninjas and ninjutsu have to some extent ascended to the realm of myth and folklore, with all manner of supernatural powers ascribed to them.

Why implement ninjas in the form of a superclass versus seperate subclasses, feats, or spells? In popular culture, as well as historically, ninjas have always been more diverse than just dark-clad stealthy assassins (though this aspect of the trope is represented here with rogues). Nature-related powers such as summoning plants or insects (rangers), exceptional martial prowess (monks), or supernatural powers (both) fall within the scope of ninjutsu. The superclass model allows this diversity to be represented, while also providing thematic and mechanical cohesion between the three classes it covers.

What is a superclass anyway? It's the term I've settled on for a cross-class subclass, as previously covered in Introduction to Inspiration.

You have trained in secretive arts of sabotage and subterfuge, giving you the upper hand over unsuspecting enemies.  By combining your spiritual energy with the clever usage of technology, you can produce a range of supernatural effects that serve you well in and out of combat.

You learn additional spells when you reach certain levels in this class, as shown in the Ninjutsu Spells table.

When you cast a spell that causes an area to become heavily obscured, you ignore its adverse effects. Your spell gains additional effects depending on your class: 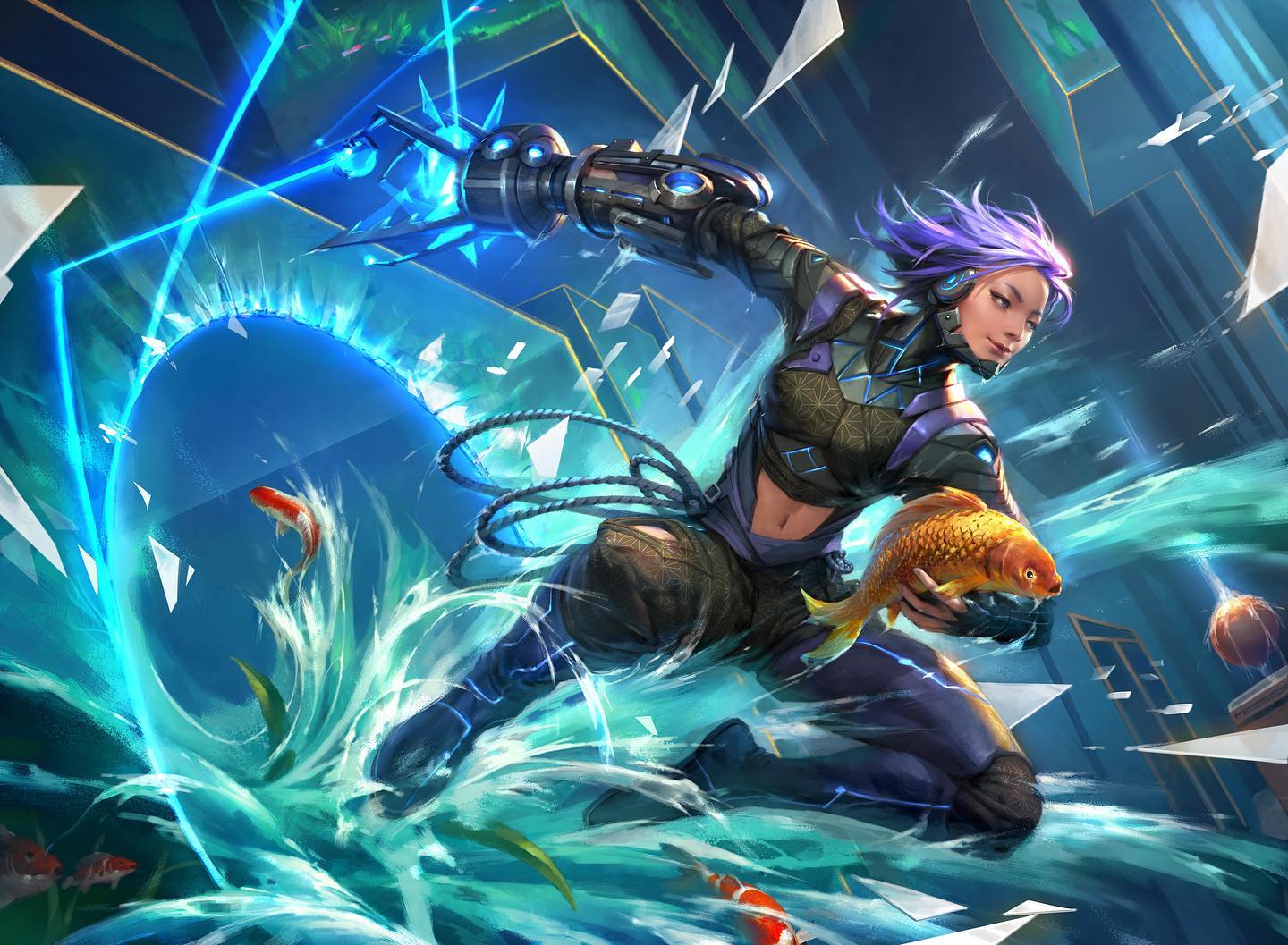 When an ally within 30 feet of you makes a melee attack roll against an enemy that cannot see you, you can use your reaction to swap places with that ally (if they are willing) and make a melee attack against that enemy. You have advantage on this attack roll. 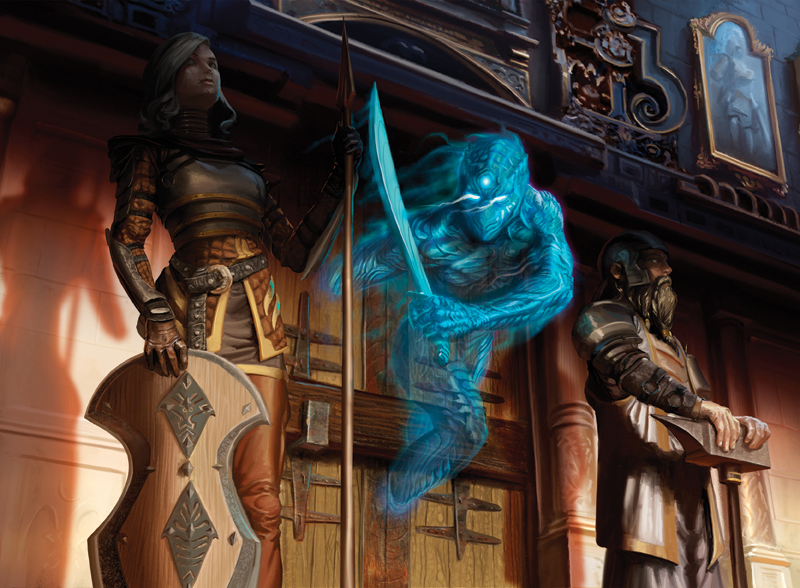 When you cast certain Ninjutsu Spells, you gain additional benefits depending on your class:

As a reaction when you are attacked, you can impose disadvantage on the attack roll and swap places with a willing ally within 30 feet of you, changing the target of the attack to them.

Duration: Concentration, up to 1 hour

Choose a Tiny beast. You fold a sheet of paper into the likeness of that creature and send it into the world to do your bidding. The decoy uses the game statistics of that creature, except that it is a construct rather than a beast, and only has 1 hit point. The creature is infused with a portion of your power, and you can communicate with it telepathically while it is within 100 feet of you.

In combat, a decoy shares your initiative count, but you may have it act immediately before or after you. It can move and use its reaction on its own, but the only action it takes on its turn is the Dodge action, unless you take a bonus action on your turn to command it to take one of the actions in its stat block or the Dash, Disengage, Help, Hide, or Search action.

From a single sheet of paper, you unfold an entire structure. A wall of paper springs into existence at a point you choose within range. The wall is composed of twenty 5-foot-by-5-foot sheets of paper. Each sheet must be contiguous with at least one other sheet.

If the wall cuts through a creature's space when it appears, the creature is pushed to one side of the wall (your choice). If a creature would be surrounded on all sides by the wall (or the wall and another solid surface), that creature can make a Dexterity saving throw. On a success, it can use its reaction to move up to its speed so that it is no longer enclosed by the wall.

The wall can have any shape you desire, though it can't occupy the same space as a creature or object. The wall doesn't need to be vertical or resting on any firm foundation. However, at least one edge of the wall must be supported by another solid surface. You can fold the paper to create stairs and handholds, allowing friendly creatures to climb the wall without expending additional movement.

Each sheet of paper has AC 5 and 1 hit point. Damaging a sheet destroys it. If a sheet of paper is not contiguous with another sheet that is supported by a solid surface, it gives way.