What is anime, and what does it have to do with Mundus Magica?

As a longtime viewer of anime, manga and other media in the genre, such as video game spinoffs (collectively, “anime”), it’s undeniable that my work is influenced by the aesthetics and storytelling conventions of anime. Does this work count as ‘anime’? Media created by non-Japanese creators (e.g. Avatar: The Last Airbender, Shelter) have provoked no small amount of disagreement and discussion over this topic, which I don’t propose to get into. Besides, with the increasing number of anime coming out of China and Korea that have been received generally positively by the anime-viewing audience worldwide, not to mention the rise of VTubers internationally, anime is becoming more of a brand rather than a strict category of works that must originate from Japan.

Mundus Magica bears the anime brand proudly - I wanted it to stand out clearly as part of the anime genre, because that’s something I found lacking in the TTRPG scene. Certain game systems have explored this space, such as BESM or OVA, but their focus seems to be on creating a ruleset that realizes anime tropes in gameplay, rather than building a setting that’s influenced by the aesthetics and tropes of anime.

Even with the thriving third party creator marketplace that D&D 5e has, few if any products brand themselves as anime, and fewer still have the production value to do the brand justice. (And most of the products that do were produced by me.) I don’t think this is because the D&D-playing audience doesn’t enjoy anime - in fact I think there’s a significant overlap between the audiences, and as both D&D and anime gain more mainstream popularity, that audience is poised to grow.

So what makes Mundus Magica anime? I’ll focus on the two aspects of anime that I highlighted earlier - aesthetics and storytelling - and explain what they mean to me, and how I have integrated them into Mundus Magica.

From the start, I knew that I wanted Mundus Magica to look aesthetically pleasing from an anime point of view. No stodgy dwarves or quirky gnomes here, just aesthethicc waifus please. That isn’t to say that traditional fantasy races can’t meet this criterion - after ten years of isekai oversaturation, it’s been demonstrated that any of the high fantasy Tolkieneseque races can be interpreted through the character design sensibilities of anime to create waifus. Yes, even hobbits. (I personally still find the harvins of Granblue Fantasy kind of weird, but there’s an audience for them out there.)

However, I knew going into this project that I didn’t want to populate this world with traditional high fantasy races. They’ve been played straight, deconstructed, reconstructed, subverted, and reimagined by plenty of existing media, and I wasn’t interested in exploring that space any further. What I was interested in doing was taking common character design tropes from anime and integrating them into Mundus Magica organically. Oftentimes in anime, the question of “why does this world have catgirls?” is answered, at least to some extent, with “because catgirls are cute and/or hot.” The inquiry is rarely taken further - moe is an end unto itself in anime, and I’m on board with this approach for the most part. When it came time to ideate races for Mundus Magica, however, I used that question as inspiration - the endpoint was always going to be waifus, so what does the journey to reach that destination look like? Back to the catgirl example, this meant establishing that an entire race of catpeople exist in Mundus Magica, and that they have a humanoid form with some animal-like characteristics. As with magic, I wanted to ground races in the cosmology of Mundus Magica, i.e. the leylines. For this race, which I named the Animus (as in the Latin for spirit, not hostility or slang for anime), I decided to place them in the intersection of the Spirit and Life leylines, tracing their origins to human tribes that revered individual animal spirits and achieved communion with these spirits, taking on their attributes and forms and passing these down to future generations. This allowed for the existence of bunnygirls, foxgirls, and such, so I was really covering my bases here. It also created an opportunity to explore the implications of having animal-people as part of society, an issue that shows such as Beastars and Brand New Animal have addressed. Animus will get their own writeup in future, so I’ll go into more detail then.

I wasn’t just looking at the tropes of anime, however - I was also considering trends in the anime meta as material here. One trend that I thought relevant was the practice of recycling iconic character designs to ensure that new characters enjoy immediate popularity. Saber (as well as Rin and Sakura, to a lesser extent), from Fate stay/night, is probably the most egregious example of this, with her design being iterated on into a mind-boggling number of other characters in subsequent Fate installments.

This is getting out of hand. Now there are N of them!

This brought to mind the concept of a race made up entirely of clones, a science fiction trope that rarely sees use in fantasy. What if the equivalent of Saber in Mundus Magica was an actual historical figure, iconic for the amazing deeds she achieved throughout… wait. Alright, so King Arthur (who Saber is supposed to be a version of) technically meets that criteria, but let’s imagine that we’re playing the trope straight. A person, renowned for their achievements, is cloned in the hopes that the clones will be as influential as the original person, and the clones subsequently become an entire race. In Mundus Magica, I construed this race as originating from an army of soldiers, cloned from progenitors who were exemplars of certain physical traits - in D&D terms, Strength, Dexterity, and Constitution. The magic that made this possible would arise out of the intersection of the Life and Matter leylines, with the life essence of the progenitors treated as raw material for the mass production of soldiers. These clone soldiers would eventually take ownership of the magic that created them and made their reproduction possible, declaring themselves their own race - the Neoborn. As with Animus, Neoborn will get their own post in future, where I’ll go into more detail.

Storytelling can be a nebulous and subjective topic, and every writer and/or reader is bound to have their own take on the matter. As such, my discussion of storytelling as it pertains to anime here is grounded in my own understanding of the genre, which may or may not accord with yours or anyone else’s. I am not making absolute or prescriptive claims about the genre, only explaining my observations and conclusions. 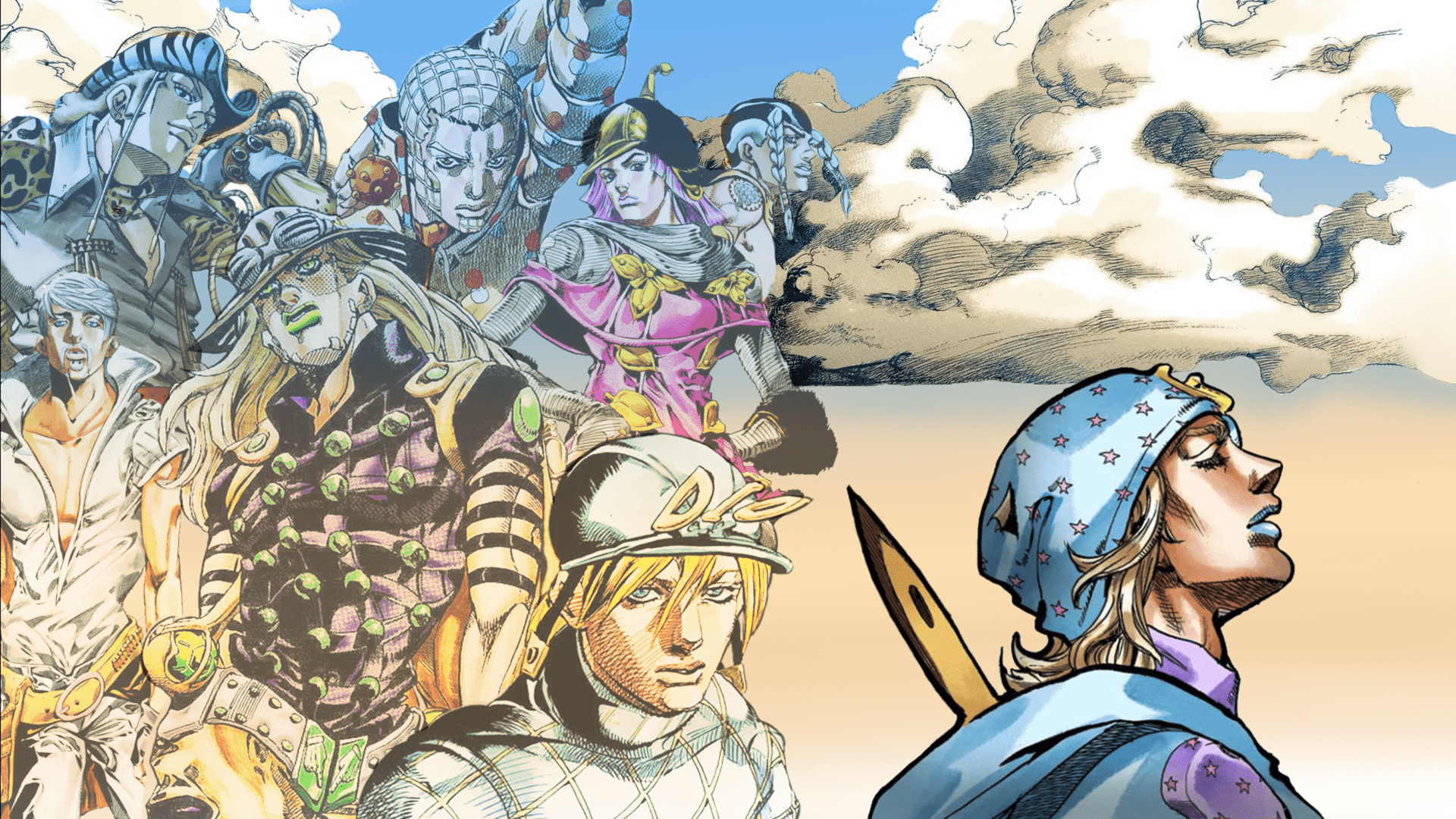 American Exceptionalism by way of divine mandate? Don't worry about it, just look at the pretty boys fighting.

With that said, one observation that I’ve distilled from watching anime is that anime tends to focus on characters first and foremost, over elements like plot and setting. The emphasis will typically be on a focal character or group of characters and their journey, instead of exposition on the world or the events that are occurring. To be clear, these elements are still present, but the way that the audience experiences them is through observing the focal characters’ circumstances, motivations, and struggles. My read on this trend is that it stems from the tendency for popular characters to become the ‘face’ of their series, with audiences becoming highly attached to them and demanding that the majority of screen time be devoted to those characters. Stories in anime thus have to be structured in a way that they can be told effectively with the face characters driving most scenes, with minimum time being spent on anything else. 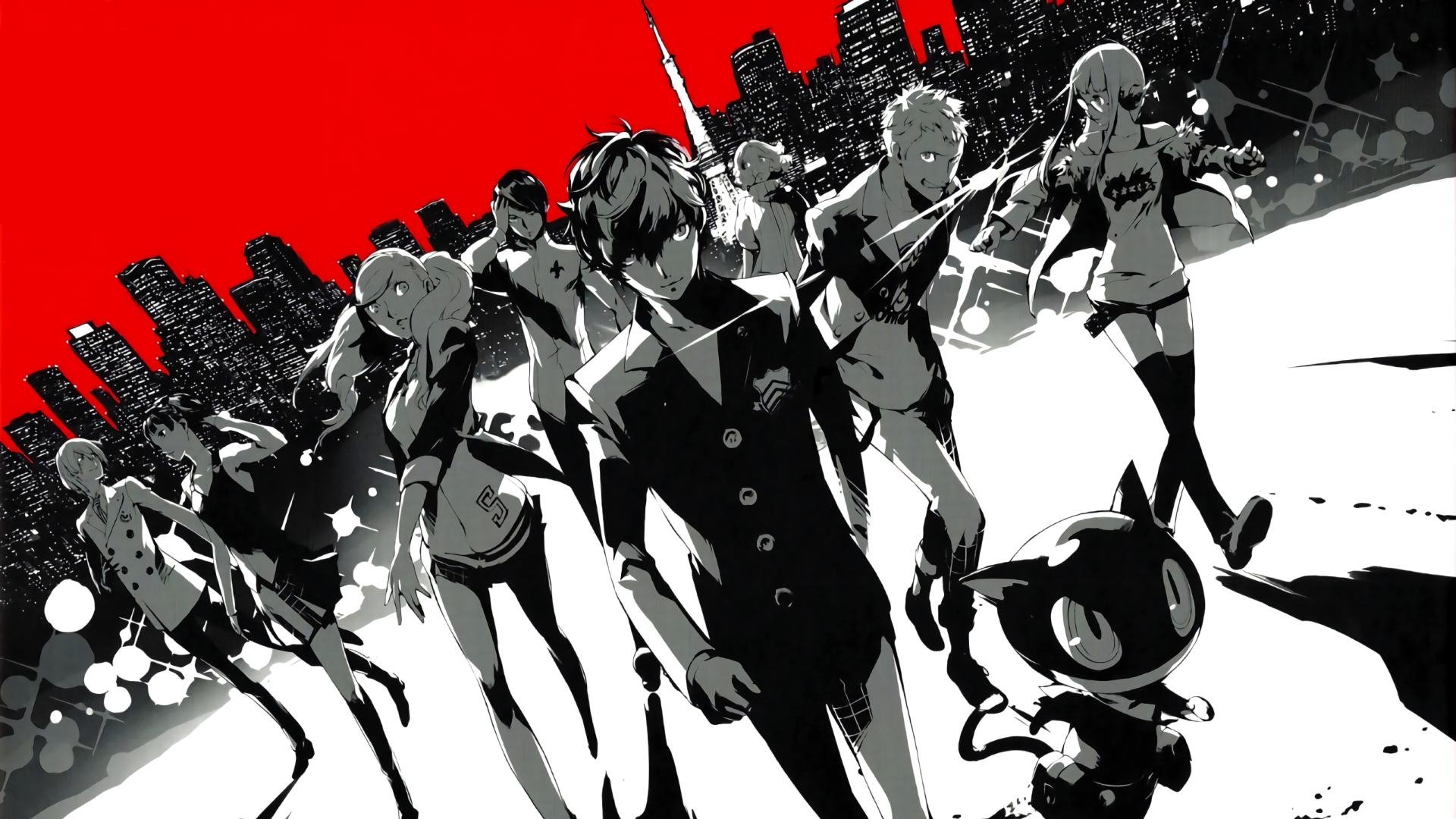 Outcast teens take down the establishment and invoke Satan to shoot God dead.

Given that Mundus Magica is intended to be a TTRPG setting (amongst other things), the need to have player characters take centre stage parallels this trend. The PCs need to have agency, and they need to feel like they’re the ones driving the story, rather than being upstaged by NPCs or feeling like their actions lack wider significance. However, this also means that the situations that PCs get involved in must be pitched at a level where 1) they can understand the situation adequately, 2) they are capable of making a meaningful impact on it, and 3) they have a personal stake in doing so. Going back to the magepunk themes of Mundus Magica, issues such as rebellion against corruption and oppression make up the core conflict of the setting - but where do the PCs come into it? Where are they situated in the existing power structure, why do they take action, and what kind of difference can they make?

In regards to this last point, there is another trend in anime that I think is relevant. Some anime series are built around a core concept that is inherently cool or unique, e.g. mecha battles, transforming into a magical girl, being able to see and interact with supernatural phenomena, or even just duels between superpowered individuals (“the cool thing”). The cool thing comes first, and the anime’s raison d’etre is to showcase the cool thing to its fullest extent, because it’s inherently interesting to watch. However, that alone would be nothing more than an animation demo reel - elements like character, setting, and plot are still required to make it a complete story. What is important for cool thing animes is that these elements exist to serve the cool thing, not the other way round. The story’s themes arise out of the cool thing, and the key conflicts in the story are resolved via the face characters doing the cool thing. 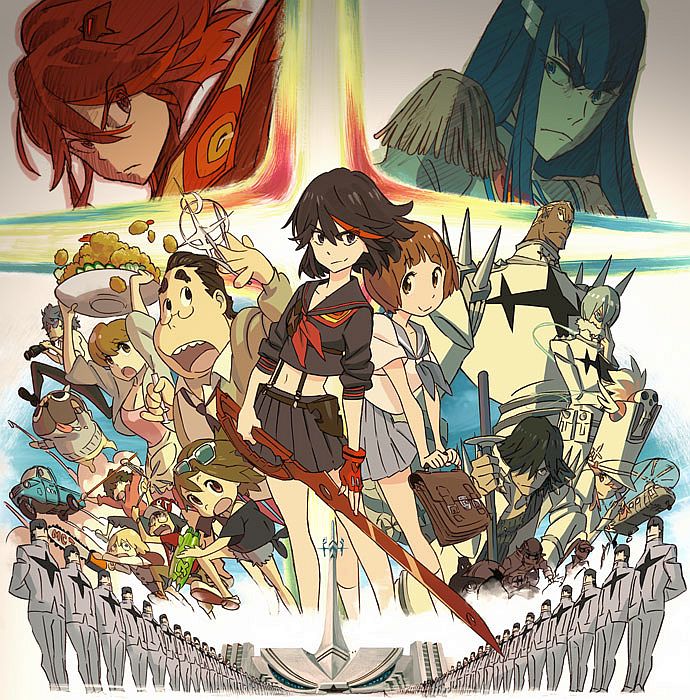 Studio TRIGGER (and Gainax before it) are veritable masters of the "cool thing" anime.

How does this style of storytelling influence Mundus Magica? As a TTRPG setting, the cool thing is tied to the core gameplay loop - what is it that players are primarily doing when they play the game? Are they dungeoncrawling (D&D), executing heists (Blades in the Dark), or shaping the world around them with magic (Mage: The Awakening)? In Mundus Magica, it’s a blend of all three - PCs take on the role of delvers, who can see through the veil of the Shadow World and draw on the power of the leylines to shape it to their will. Whether PCs are infiltrating a target’s mindscape to extract information, participating in a protest for a cause, or confronting agents of the powers that be, they are doing the cool thing.

At the outset, I recognise that this conception of a “cool thing” is not as clear and intuitive as the examples cited above. Cool thing animes are great at setting up spectacular conflicts and climaxes and making these coincide with the emotional resolutions that make the story satisfying to watch, but they don’t mesh well with more grounded themes. The focus of a cool thing anime is more likely to be slaying God or Satan or some other embodiment of tyranny, rather than exploring the concrete forms that such tyranny may take at various levels of society. Some complexity and nuance is inevitably lost when conflict is primarily centered around the cool thing, and that’s not what I wanted for Mundus Magica - I wanted spectacle and over-the-top action, but I also wanted the story to remain grounded in real human concerns rather than abstract concepts. I’ll expand on this line of reasoning in future, when I go through an adventure that I wrote for Mundus Magica.

Next time round, I’ll start going through the various races of Mundus Magica, with each race getting its own article explaining its origins and traits, as well as my reasoning behind their design.