Project: Hope and Gen 2. Council of hololive English both debuted relatively recently, and after watching them for a while, I got the urge to brew up magic items inspired by their backgrounds, personalities, powersets, and of course memes.

Shout out to u/PurpleFire18, whose original hololive homebrew items really kickstarted this crossover between hololive and D&D. 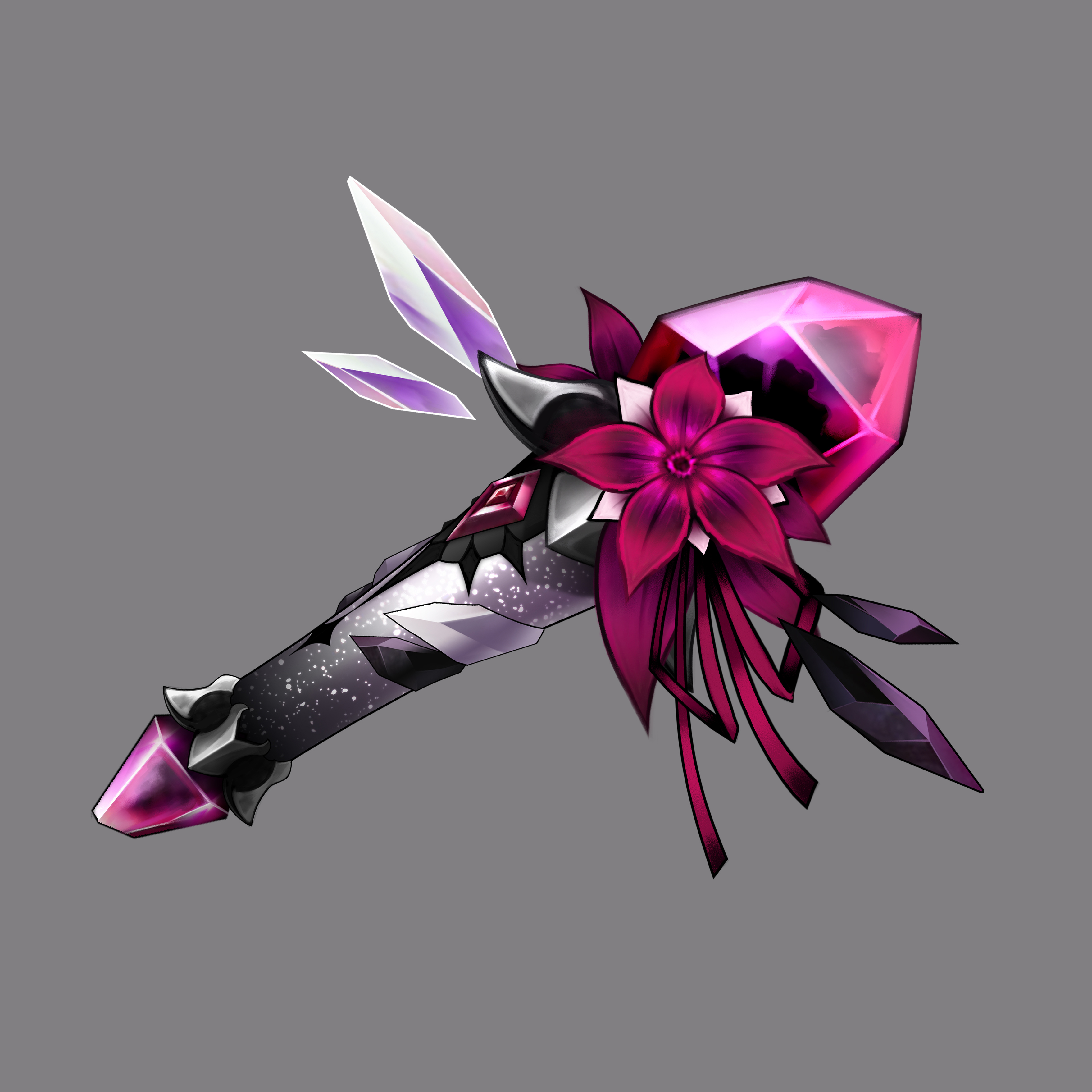 Wondrous item, very rare (requires attunement by a bard)
This wandlike implement is forged of obsidian and adorned with shards of purple crystal which have curious resonating properties. Hopebringer reveals itself to be an instrument when attuned to a bard, allowing their voice to carry across vast distances and reach great crowds.

When you speak or sing into Hopebringer, your voice is amplified up to five times louder than usual. Its amplification magic extends to any other instrument you are playing.

You can use an action to unfold the crystal shards around the obsidian into a stand that can be anchored in the ground, allowing you to sing into Hopebringer while leaving your hands free. The stand can be retracted as an action.

In addition, Hopebringer counts as an instrument of the bards, possessing the following properties:

Weapon, rare (requires attunement)
These ornate blades are apparently wrought of delicate, precious metals, but their deadly sharpness and indomitable durability say otherwise. They are at once beautiful and intimidating, speaking of an endless, thankless duty - and the weariness of the one who bears it.

The Time Warden's Blades may be attuned to as a set, or individually. If you do not possess the full set, attuning to the other blades in the set does not take up additional attunement slots beyond the first.

The set is comprised of three different weapons, each of them granting a +1 bonus to attack and damage rolls made with that weapon. Additionally, each weapon holds a spell that the wielder can cast with an action. Once the wielder casts the spell held by the weapon, they can't do so again until the next dawn.

Time Flies. When attuned to all three blades, you can use an action to assemble them into a configuration resembling the hands of a clock... or the propeller of a flying machine. The blades float above your head and spin rapidly, granting you a fly speed equal to your walking speed. You cannot wield them as weapons while flying. You can deactivate them as an action, returning them to your person. 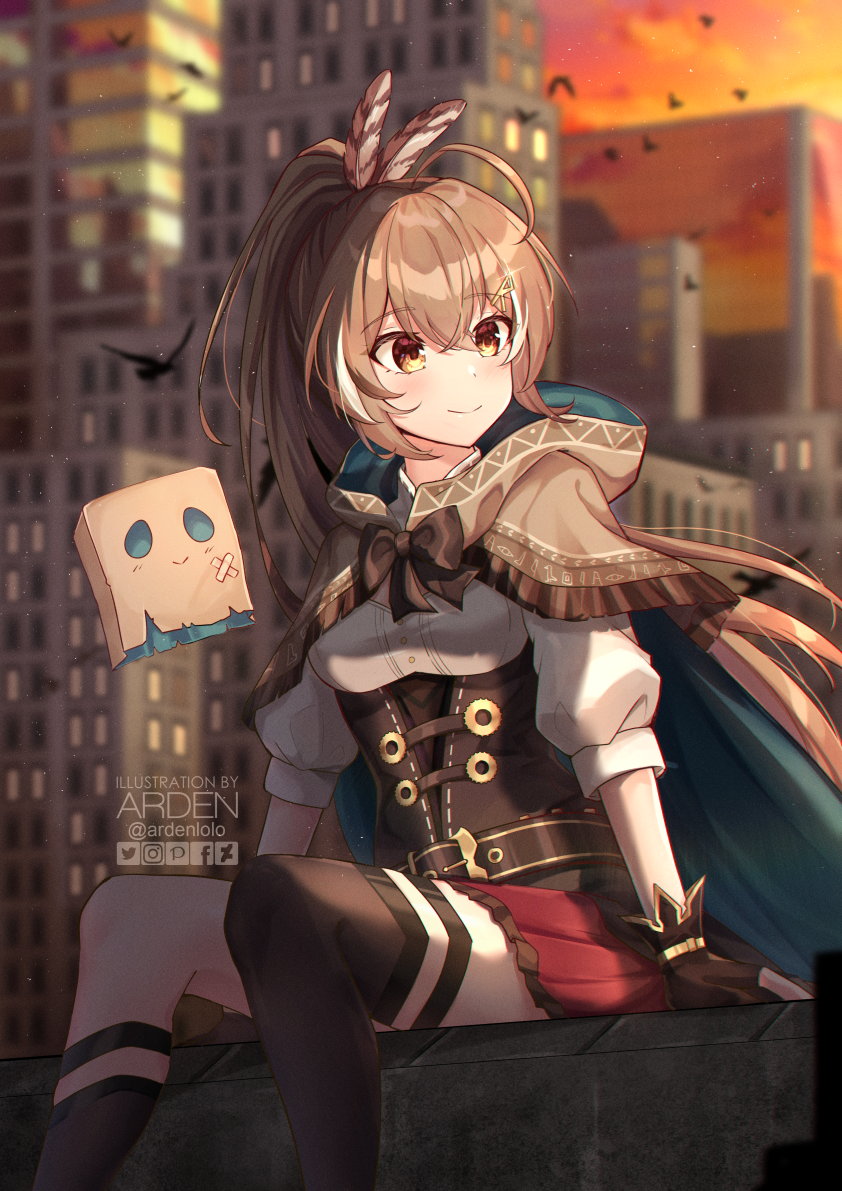 Wondrous item, rare (requires attunement)
This sturdy but comfortable cloak is lined with strange runes that seem to be a reminder of something important, but you can't quite remember what.

Spells. The cloak has 6 charges. It regains 1d6 expended charges daily at dawn. While wearing it, you can use an action to expend 1 or more of its charges to cast one of the following spells (save DC 15) from it: goodberry (1 charge), speak with animals (birds only) (1 charge), nondetection (3 charges), modify memory (self only) (3 charges).

Ghostly Wanderer. As an action, you can pull the top of the cloak over your head. When you do so, the cloak turns white and lengthens to cover you completely, giving you the appearance of a ghost and granting you the benefit of the gaseous form spell for 1 minute. You can revert to your regular form as an action. Once used, this function can't be used again until the next dawn.

Wondrous item, very rare (requires attunement)
This small coil of wire attaches seamlessly to the top of your head, and vibrates in time with the harmony of the spheres, transmitting it into your consciousness.

Spells. The coil has 6 charges. It regains 1d6 expended charges daily at dawn. While it is attached to you, you can use an action to expend 1 or more of its charges to cast one of the following spells (save DC 15) from it: darkness (2 charges), moonbeam (2 charges), daylight (2 charges), melf's minute meteors (3 charges).

Size Matters. While you are attuned to the coil, you can increase or reduce your size as an action, as though you were under the effect of the enlarge/reduce spell. You cannot become more than one size larger or smaller than your regular form.

When you wind the toy's tail, it becomes animated, and serves you as your familiar. It uses the statistics of a rat, except that it also has Chaotic Climber. As an action, you can mentally command the rat to explode. Each creature within 20 feet of the rat must make a Dexterity saving throw, taking 8d6 fire damage on a failed save and half as much on a successful one. The rat vanishes after it explodes, but it reappears in one of your pockets when you finish your next long rest. You retain the benefit of Chaotic Climber even if the rat has vanished, as long as you are attuned to it.

Chaotic Climber. While attuned to the toy, you have a climb speed equal to your walking speed, and can walk on walls and ceilings with your hands free. You treat whichever surface you are walking on as the ground. 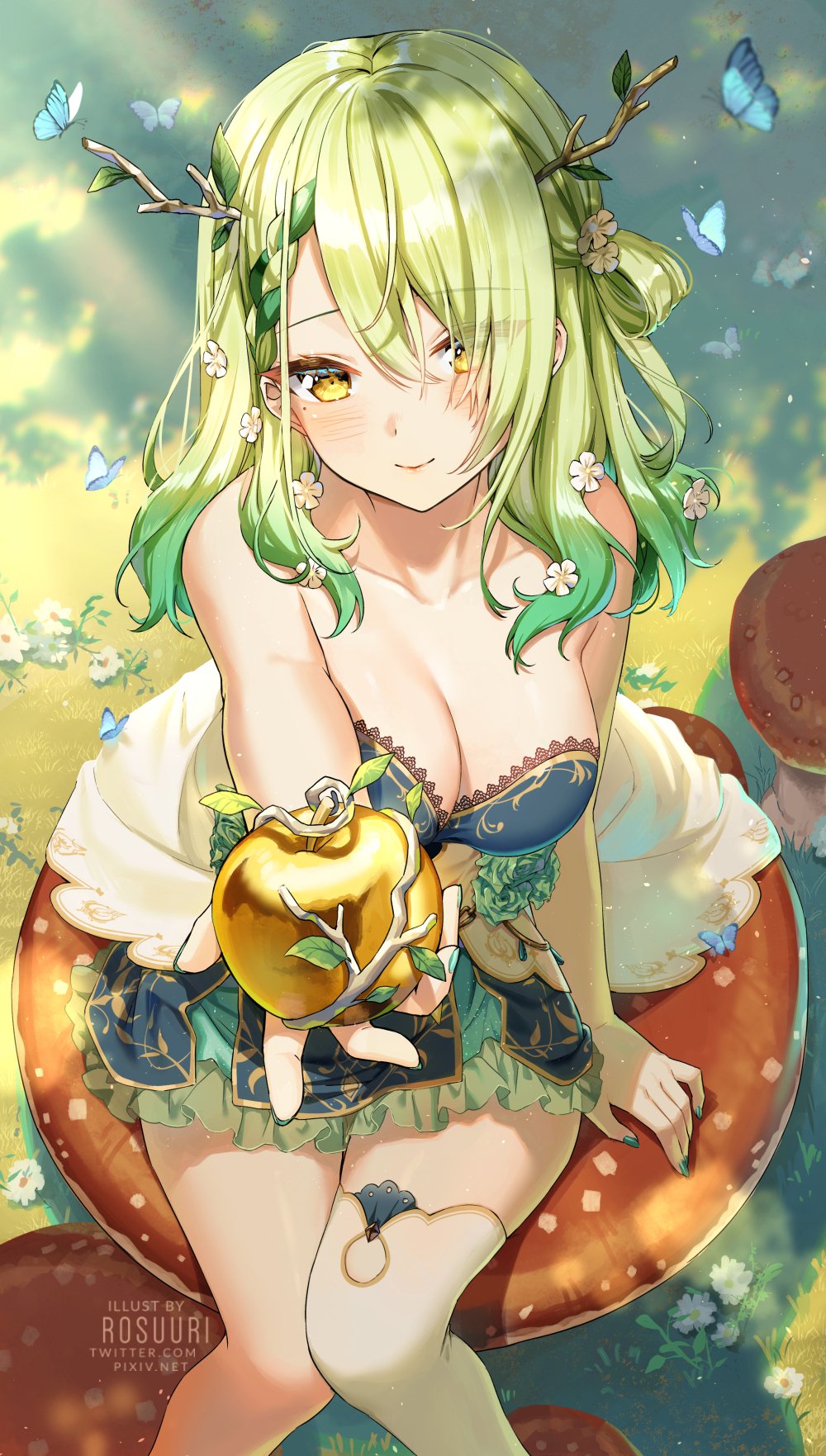 Wondrous item, very rare (requires attunement by a druid)
The golden gleam of this apple is alluring, but its irresistible sweetness seems too good to be true, as though something sinister lurks beneath its surface.

You can use the apple as a druidic focus for your druid spells. When you cast a spell with a spell slot that restores hit points to a creature, you can also cleanse that creature of all diseases and poisons.

A Whisper Soft and Sweet. When a creature fails a saving throw against a spell you cast with a spell slot, you can force that creature to become charmed by you, frightened of you, or poisoned for 1 round.

Return to Nature. As an action, you can use the apple to cast flesh to stone, except that the target of the spell transforms into a sapling instead of stone. Once used, this function can't be used again until the next dawn.