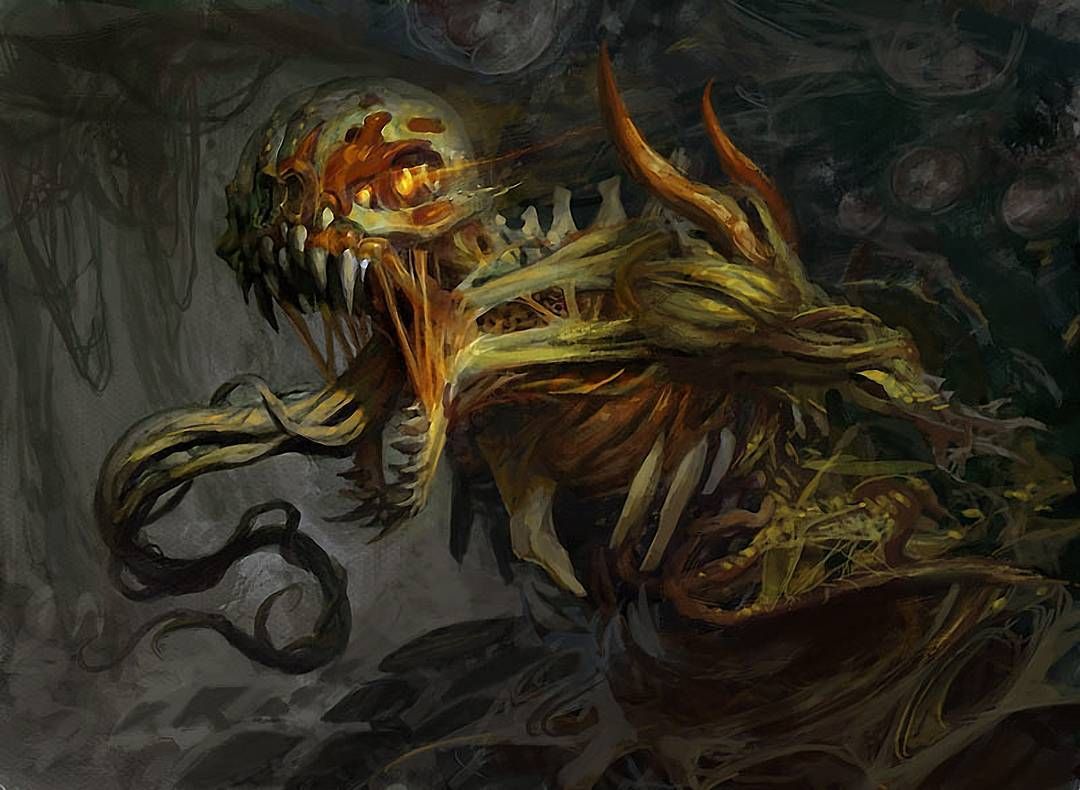 The Golgari Swarm makes its presence known tangibly, channeling rot and growth to warp the environment to suit their tastes. At the Golgari’s call, all manner of roots and fungi insinuate themselves through the ground, transforming it into undergrowth. Undergrowth counts as difficult terrain for creatures that you are hostile to, whilst not impeding allies.

The Swarm comprises a wide variety of creatures, living and undead alike. Some are powerful liches and deadly warriors, highly respected within the guild. Others are fungus dredges.

Fungal dredges use the zombie stat block in the Monster Manual, except that they have 1 hit point, and do not have the Undead Fortitude trait. Dredges act on your initiative, after your turn, but they pursue their target mindlessly and are not under your direct control.

Duration: Concentration, Up to 1 minute

The area in a 10-foot square within range becomes undergrowth, and a fungus dredge emerges from it, crawling into the nearest unoccupied space. When you cast this spell, and at the start of each of your turns, choose a hostile creature within range. That creature becomes the target of each dredge created by this spell. While you are concentrating on this spell, you can use an action to summon another dredge from the undergrowth. The maximum number of dredges you can have is equal to the level of the spell slot used to cast this spell.

At Higher Levels. When you cast this spell with a spell slot of 2nd level or higher, the size of the square of undergrowth increases by 5 feet, and the number of dredges that emerge increases by 1, for each slot level above 1st.

You learn the poison spray and spare the dying cantrips. You learn additional spells when you reach certain levels in this class, as shown on the Golgari Underlord Spells table.

Each of these spells counts as a class spell for you, but it doesn’t count against the number of spells you know. If you are a wizard, you can add these spells to your spellbook upon learning them, without expending any gold, and prepare them as normal. 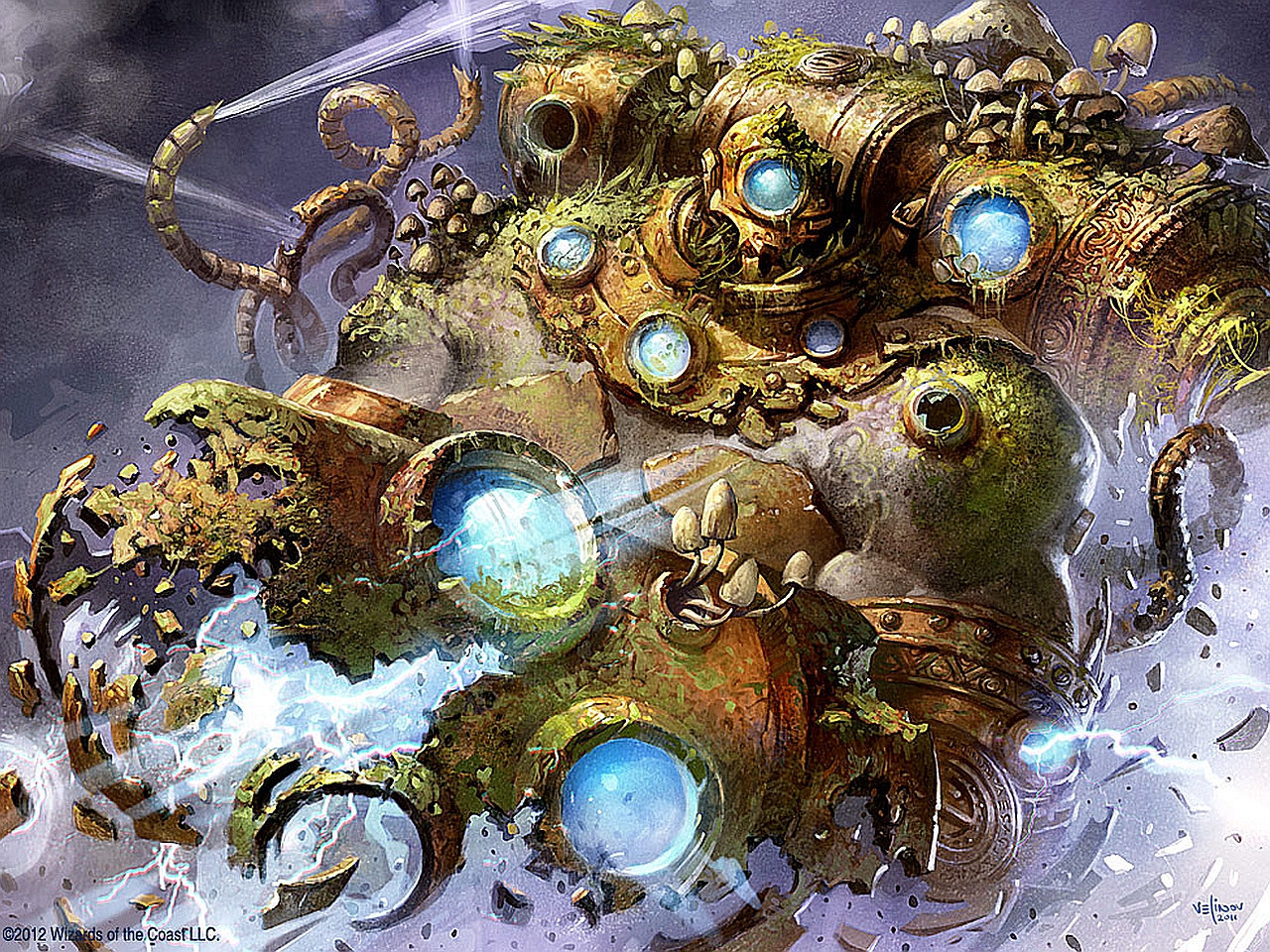 Rot spreads and growth flourishes in accordance with your design. When you cast a spell, you can spread a number of 5-foot squares of undergrowth equal to your proficiency bonus through the ground. The undergrowth can appear in any space:

Undergrowth created this way lasts 1 minute before decaying away.

Life from the Loam

In your domain, life feeds death and vice versa. Whenever a creature is reduced to 0 hit points within 60 feet of you, you can use your reaction to spread undergrowth in and around that creature’s space, or expand the area of existing undergrowth, as though you had used your Abrupt Decay feature.

Additionally, you can use a bonus action to grant temporary hit points equal to your proficiency bonus to a friendly creature in undergrowth.

Your progress along the path of natural undeath has reached a new stage, replacing most of your body with plant matter and undead flesh. You gain resistance to necrotic and poison damage. You can hold your breath indefinitely, and you don't require food, water, or sleep, although you still require rest to reduce exhaustion and still benefit from finishing short and long rests.

Additionally, you can move through spaces of undergrowth without expending movement. 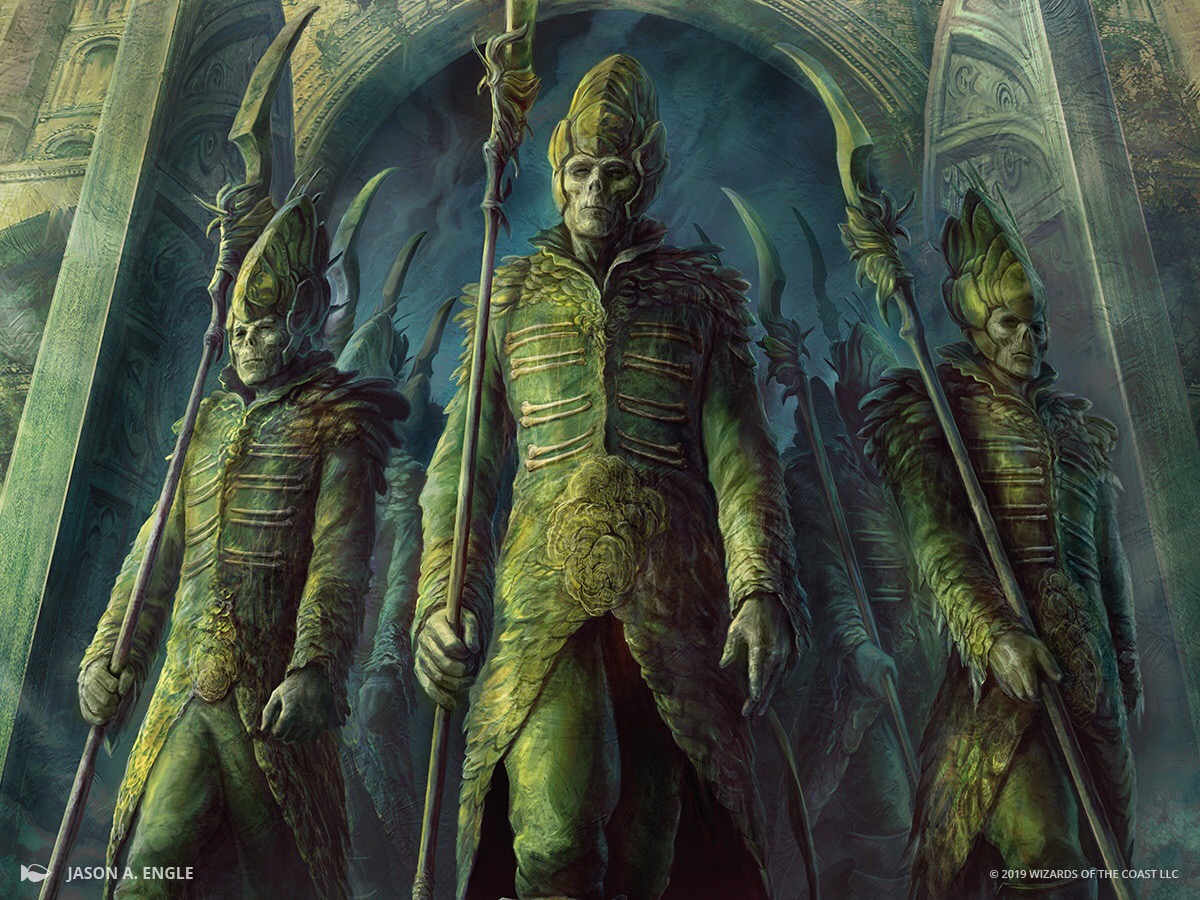 Illustrated by Jason A. Engle

You have earned the right to call upon the Erstwhile, ancient Golgari elves preserved by potent necromantic rituals. When you cast animate dead, you can create a mummy or a wight instead of a zombie or a skeleton. These are Erstwhile servants, powerful undead warriors who will do your bidding. The maximum number of Erstwhile you can have under your control is equal to your spellcasting ability modifier. Erstwhile under your control cannot create additional undead.

You learn an additional spell when you reach certain levels in this class, as shown in the Golgari Reaper Spells table. Each spell counts as a ranger spell for you, but it doesn’t count against the number of ranger spells you know. 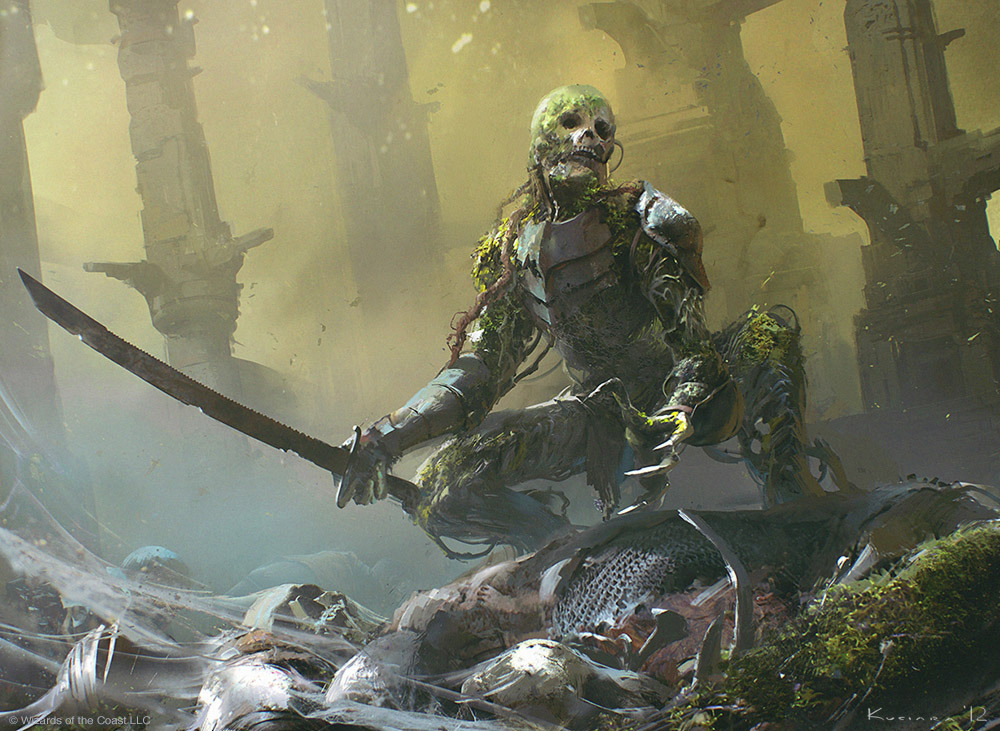 Once on each of your turns, you may add your proficiency bonus to an attack roll or an opposed ability check you make against one hostile creature that is in undergrowth.

Every drop of blood you shed for the Swarm is recycled into new life… or a semblance of it.

Vines and roots are intertwined through your muscles, bolstering your strength and endurance.

You have resistance to bludgeoning, piercing, and slashing damage. While you are in undergrowth, you have half cover against hostile creatures. 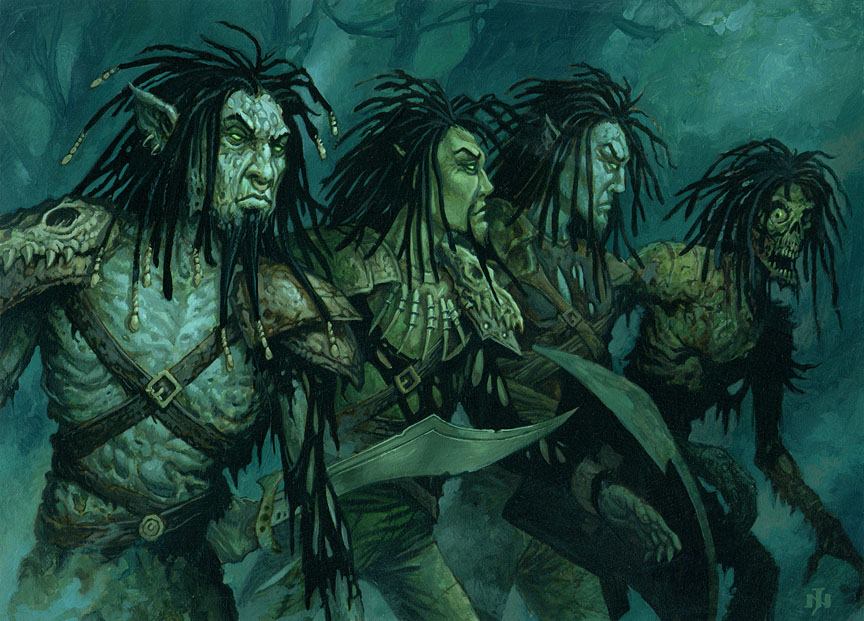 At your call, the remains of long-dead Golgari soldiers rouse themselves from slumber and shamble to your aid. As an action, you can start a Bloodbond March, which lasts for 1 minute. When you start the Bloodbond March, and at the start of each of your turns, for each hostile creature within 60 feet of you, a fungus dredge emerges from the square of undergrowth closest to that creature as though you had used your Vigor Mortis feature on it.

Dredges created by Bloodbond March do not count towards the maximum number of dredges you can have. At the end of the Bloodbond March, each dredge created by it loses its animating force and dies. You can use this feature once, and regain the ability to do so when you finish a long rest.

You have earned the right to learn methods of assassination privy only to the Swarm’s medusas. When you deal damage to a hostile creature with an attack, you can force it to make a Constitution saving throw (DC 8 + your Constitution modifier + your proficiency bonus). On a failed save, it begins to turn to stone, as though you had cast flesh to stone on it. You can use this feature a number of times equal to your Constitution modifier, and regain all uses when you finish a long rest.