The endeavor to create subclasses for each of the guilds of Ravnica continues! This time, we're looking at House Dimir, Ravnica's shadowy network of spies and assassins. As with Azorius, Dimir gets two subclasses - Mastermind, for spellcasters, and Agent, for martials.

One lesson that I took to heart from examining the primary reference material (i.e. the Ravnica MTG sets themselves) is the importance of a unifying guild mechanic in helping different cards feel like they belonged together, and had a consistent guild identity. This dovetails neatly with the design goals that I set out for cross-class subclass design, and also economizes on effort.

One new mechanic can be used across two subclasses and six classes, unifying the classes under one guild identity, whilst giving each class its own little twist on the mechanic. For House Dimir, the mechanic I have chosen is surveil, leaning into the telepathic side of Dimir's powerset and using the detect thoughts spell as an engine to enable different strategies.

One of the most useful - and most deadly - arts in House Dimir’s repertoire is the ability to observe and manipulate thoughts. A creature whose surface thoughts are being detected by the detect thoughts spell is surveilled by the spell’s caster, granting the caster certain benefits, defined in specific class features.

The spellcasters of House Dimir are shadowy figures, pulling strings behind the scenes and only appearing in public under one guise or another.
Dimir Bards glean valuable nuggets of information from the populace whilst sowing carefully calculated disinformation, while Dimir Warlocks and Wizards pry into their victims' psyches with sinister subtlety, extracting thoughts and planting ideas, all while the mark is none the wiser. 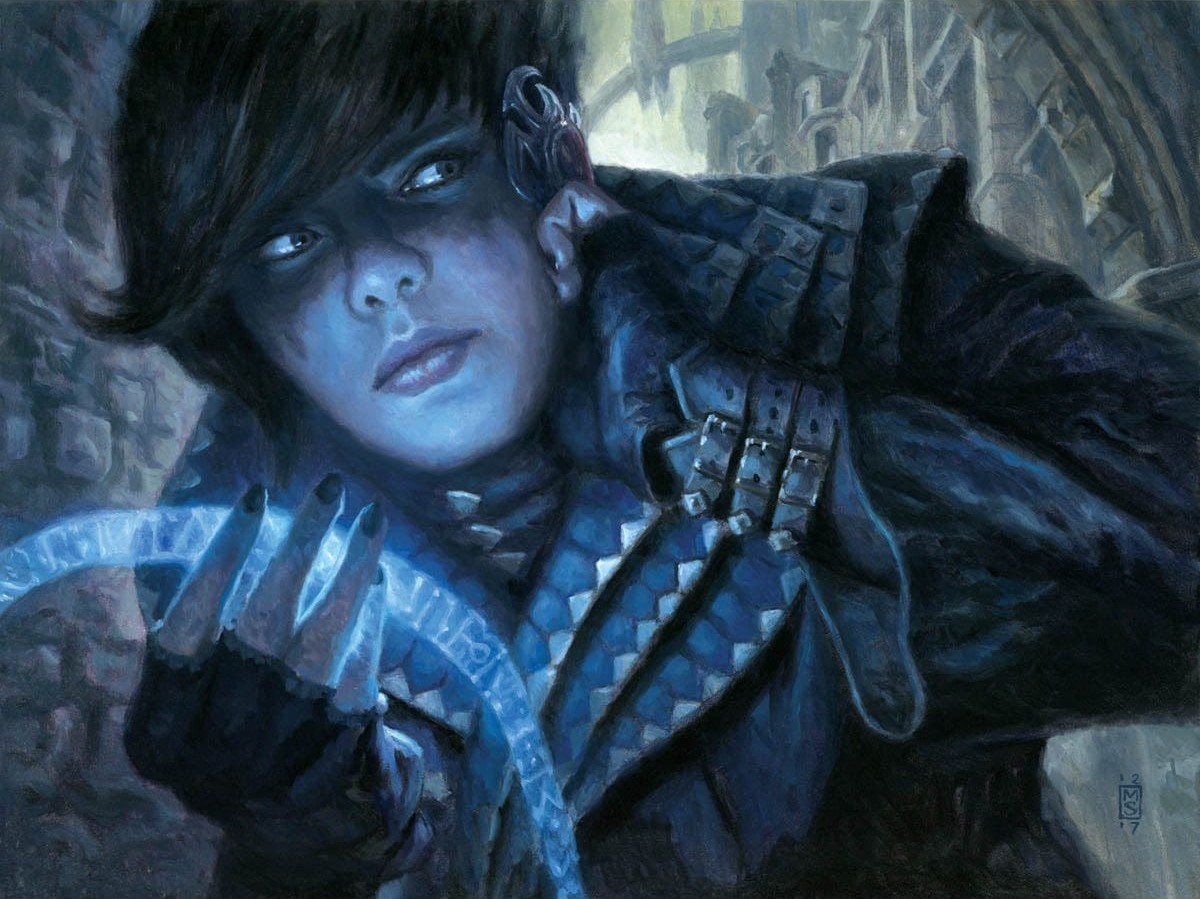 You learn the encode thoughts and friends cantrips. You learn additional spells when you reach certain levels in this class, as shown on the Dimir Mastermind Spells table.

Each of these spells counts as a class spell for you, but it doesn’t count against the number of spells you know. If you are a wizard, you can add these spells to your spellbook upon learning them, without expending any gold, and prepare them as normal. 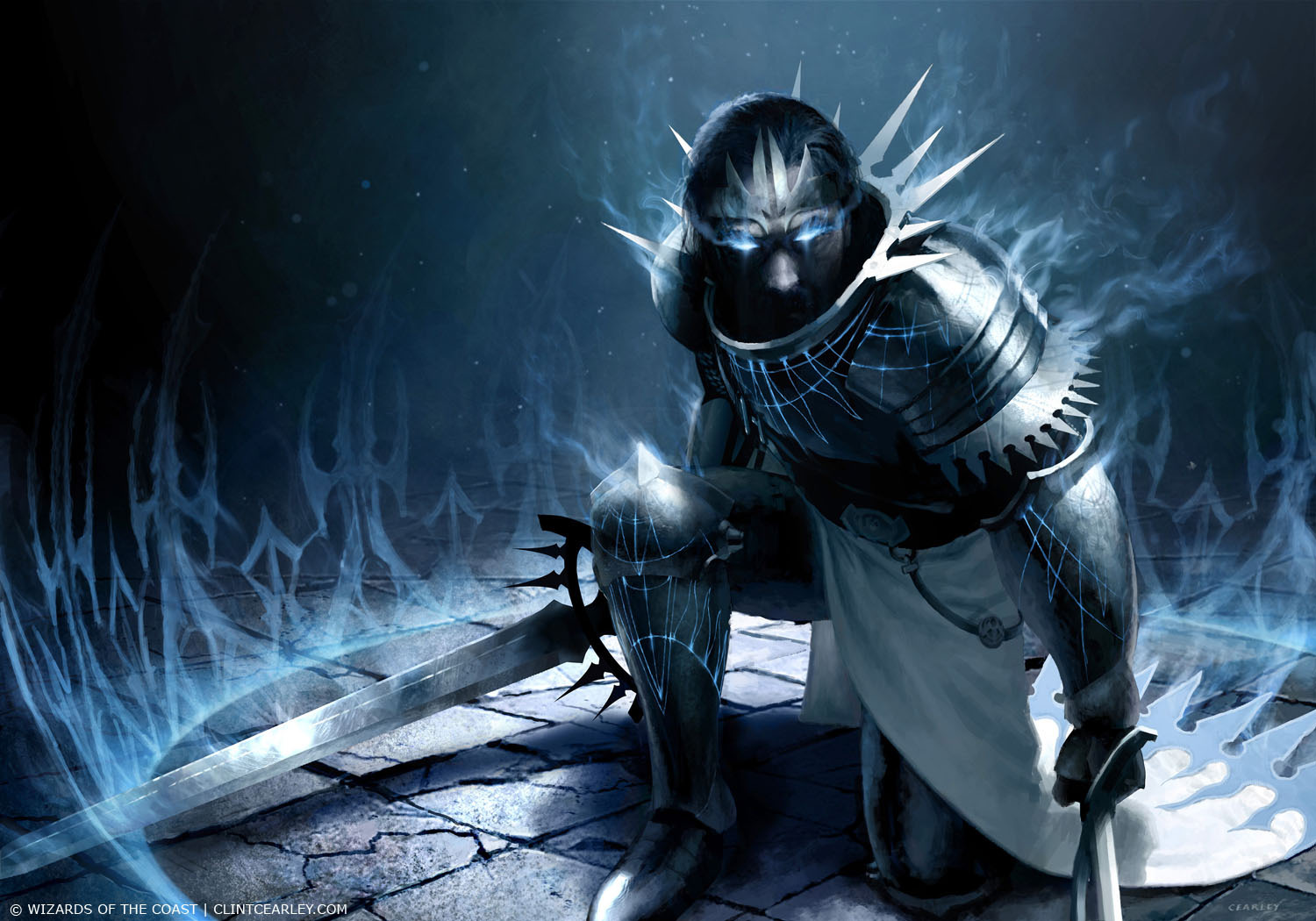 You gain proficiency in Deception and Persuasion. Additionally, whenever you use magic to change your appearance (for instance, through spells such as disguise self), you can assume the form of another humanoid of CR ½ or lower. You can revert to your normal form earlier by using a bonus action on your turn. You automatically revert if you fall unconscious, drop to 0 hit points, or die.

While you are transformed, the following rules apply:

If you’re a Warlock, you also gain the invocation Mask of Many Faces at level 2. This is in addition to the invocations you normally gain from advancing as a Warlock. 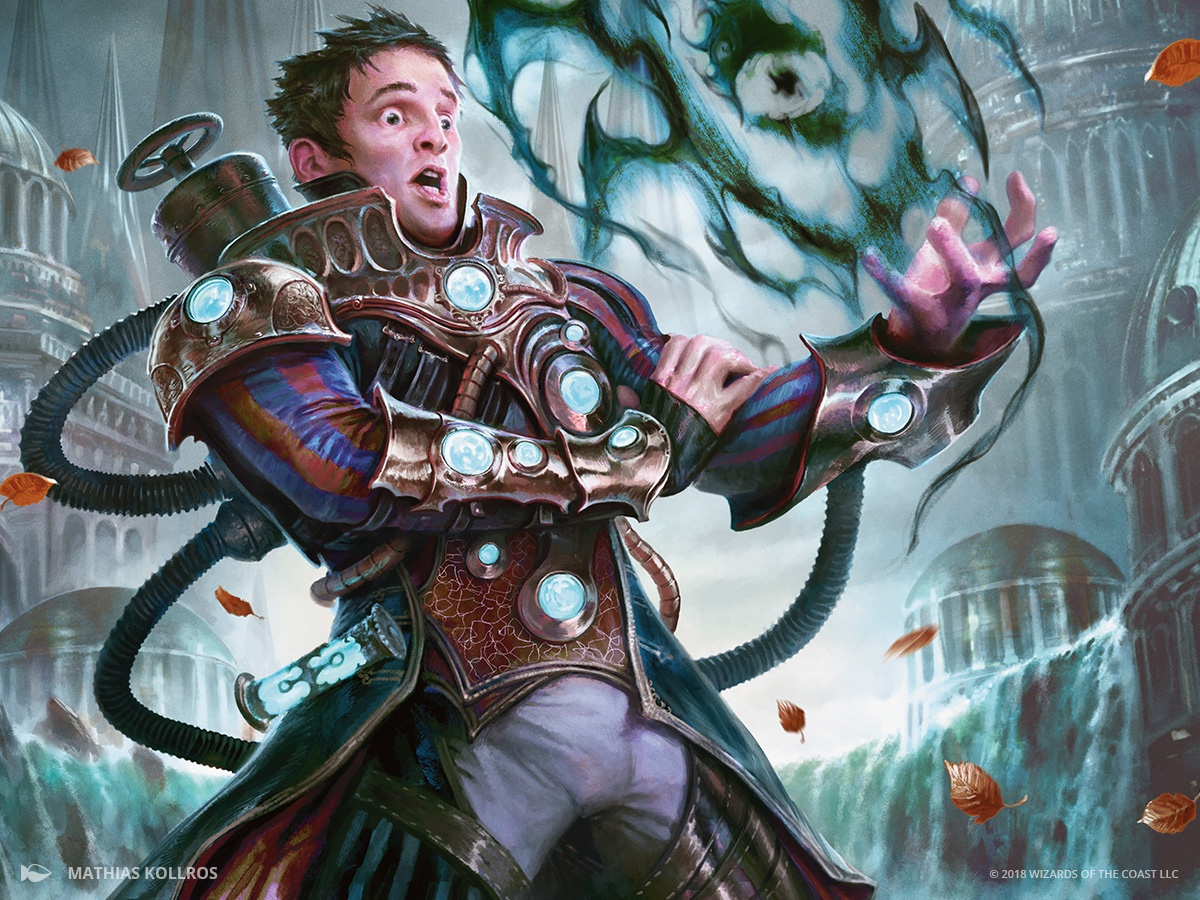 As a reaction when a creature you can see within 60 feet of you makes a Wisdom ability check or Wisdom saving throw, you can expend one use of your Bardic Inspiration and subtract the number rolled from the result. You can choose to use this feature after the creature makes its roll, but before the GM determines whether the check succeeds. 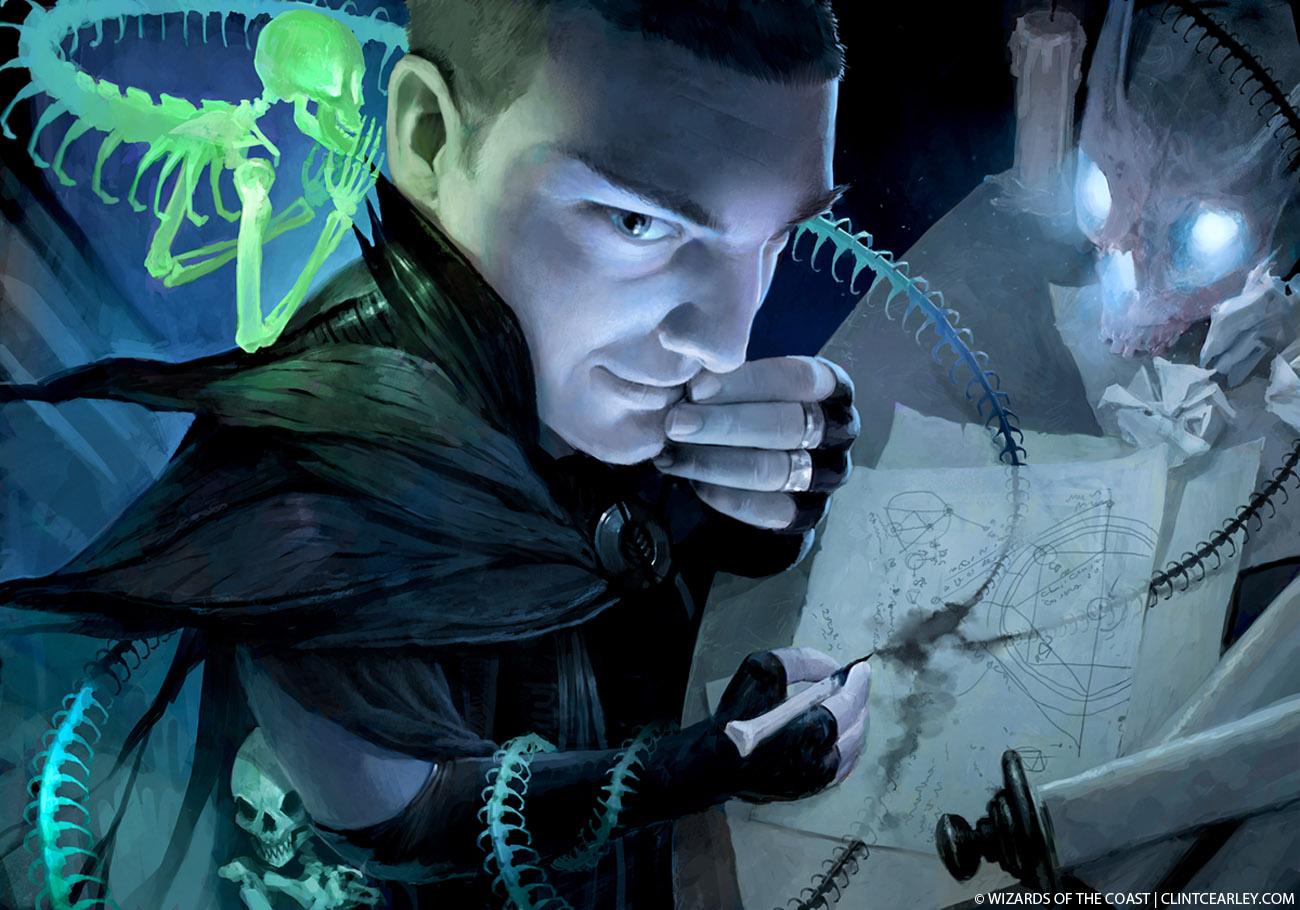 When a surveilled creature fails its Wisdom save against your detect thoughts spell, in addition to the regular effects of detect thoughts, you also learn what spells it is capable of casting, if any. You can then cast encode thoughts as a reaction to copy one of those spells into a spell strand, provided that:

You can later use one of your own spell slots of an appropriate level to cast that spell, using the spell strand as a material component that is expended with the casting.

Unlike a normal thought strand, a spell strand doesn’t expire after 8 hours. However, the total level of spells that you have stored in spell strands at any time cannot exceed your proficiency bonus. You can dismiss a spell strand at will.

If you’re a Warlock, you can cast detect thoughts at will, without expending a spell slot.

You are always under the effect of the nondetection spell. Additionally, when you are in an area of dim light or darkness, you can take the Hide action as a bonus action.

Dimir Agents are blades in the dark, deadly daggers concealed behind the city's cloak of darkness. In addition to their wetworks expertise, Agents develop a sixth sense for their marks' stream of consciousness, allowing them to strike when their victims least expect it.
Dimir Rangers are implacable trackers, able to locate and dispose of their mark no matter which corner of the city they hide in. Dimir Monks and Rogues are always one step ahead of their opponents, dancing around their resistance whilst unerringly striking vital pressure points. 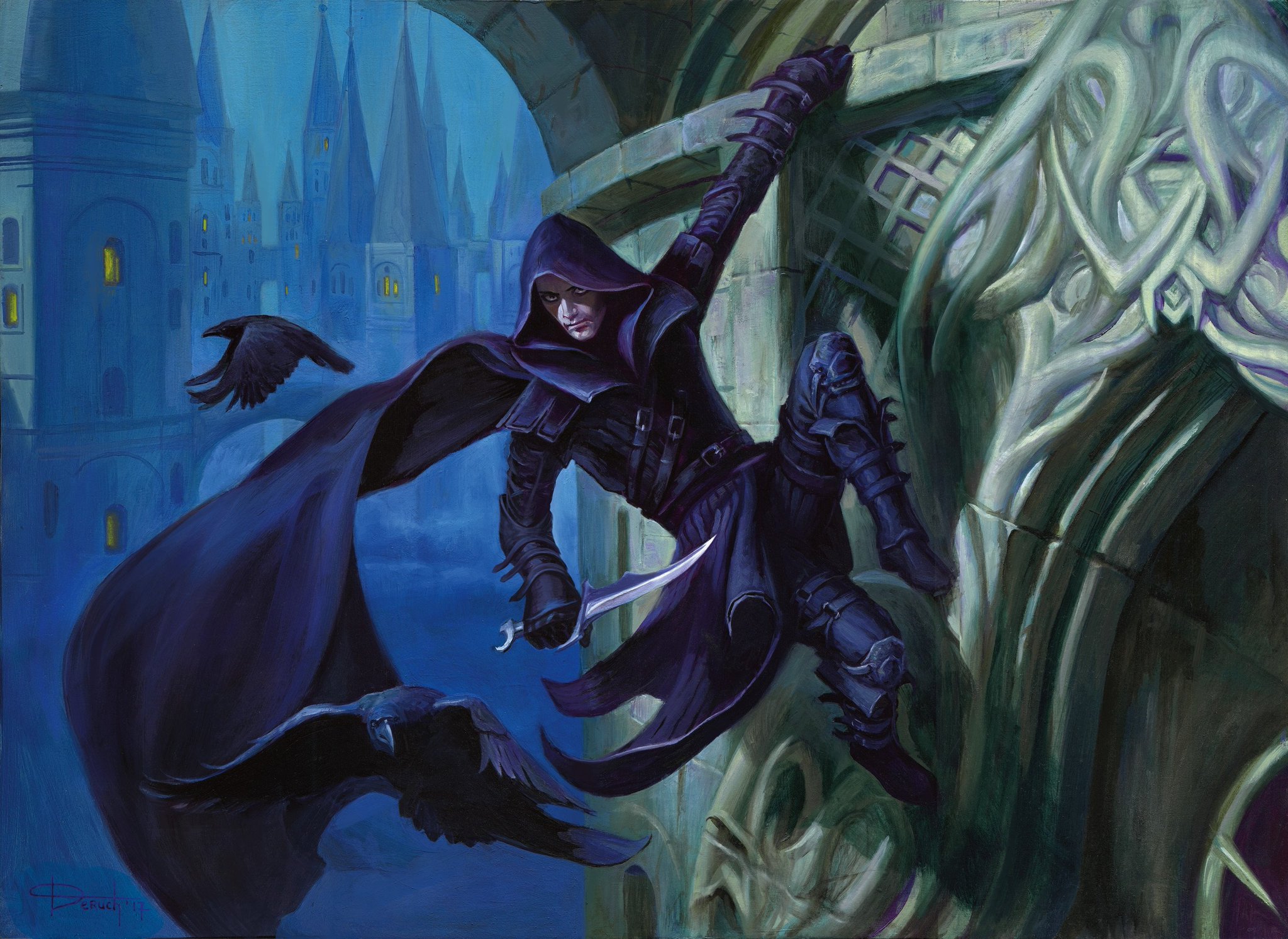 You learn the encode thoughts cantrip and the 2nd-level spell detect thoughts, and can cast it once without expending a spell slot and without material components. Whenever you start casting the spell, you can modify it so that it doesn't require concentration.

If the spell would require you to use an action to activate one of its effects, you can use a bonus action instead. In addition, observing enemies’ thoughts allows you to anticipate their attacks and exploit weak points in their defenses. The first attack you make each turn against a surveilled target has advantage, and the first attack a surveilled target makes against you each turn has disadvantage.

You can cast detect thoughts in this way once, and you regain the ability to do so when you finish a long rest, or when you meet certain conditions, depending on your class.

You learn an additional spell when you reach certain levels in this class, as shown in the Dimir Agent Spells table. Each spell counts as a ranger spell for you, but it doesn’t count against the number of ranger spells you know. 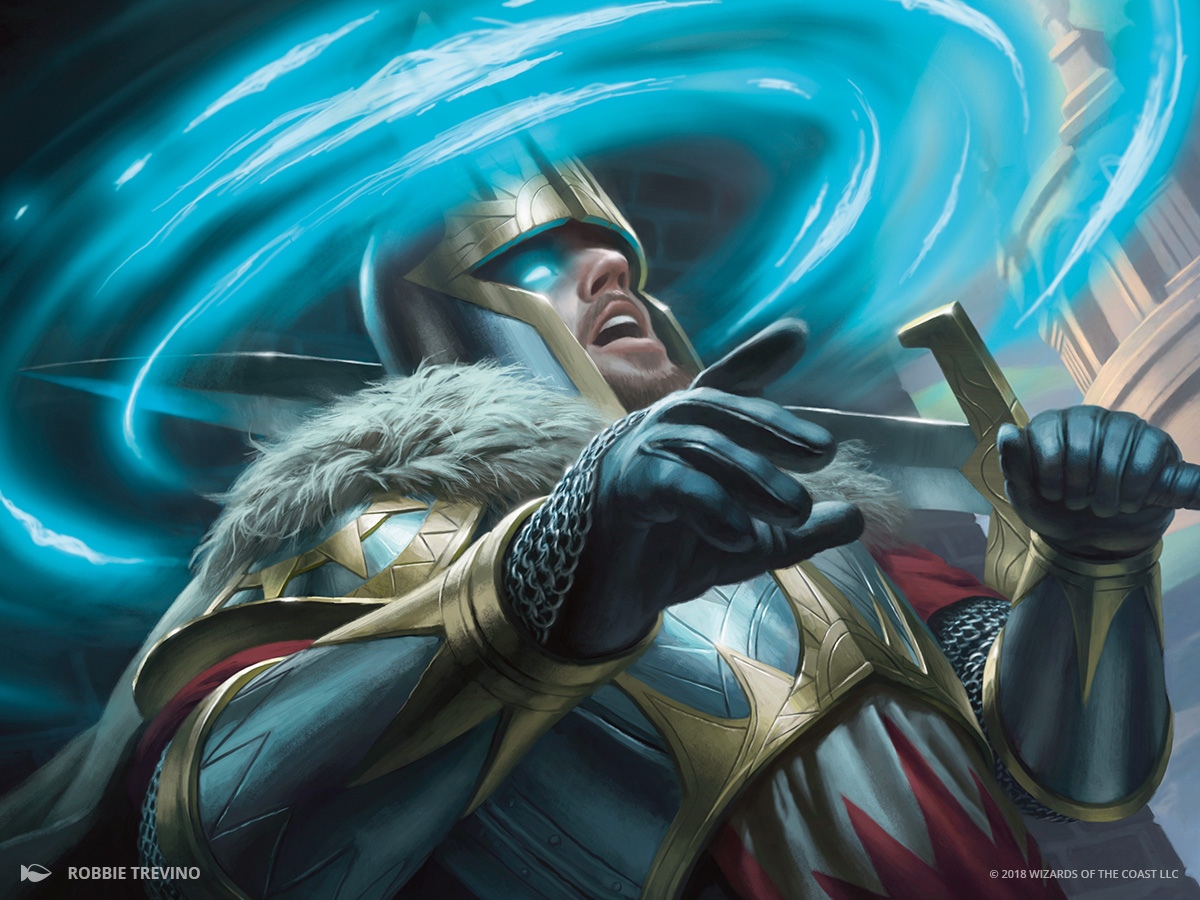 When you deal damage with an attack to a creature you’re surveilling, you can attempt to probe into its mind as part of that action. If it fails the Wisdom save, in addition to the regular effects of detect thoughts, you also learn what spells it is capable of casting, if any. You can then cast encode thoughts as a reaction to copy one of those spells into a spell strand, provided that:

You can cast a spell from a spell strand with different methods depending on your class, using the spell strand as a material component that is expended with the casting.

Unlike a normal thought strand, a spell strand doesn’t expire after 8 hours. However, the total level of spells that you have stored in spell strands at any time cannot exceed your proficiency bonus. You can dismiss a spell strand at will.

Your awareness expands, allowing you to monitor multiple streams of thought at once. When you cast detect thoughts, the range of the spell increases to 60 feet, and you can focus your mind on a number of creatures up to half your proficiency bonus (rounded down), learning their surface thoughts and surveilling them. In addition, you can use detect thoughts to search for thoughts without using an action.

You gain the benefit of the greater invisibility spell against creatures you’re surveilling. As a reaction when you are attacked, you can focus your mind on the attacker if you can see them and they are within the range of the spell. The attacker becomes surveilled before the attack resolves, imposing disadvantage on the triggering attack.